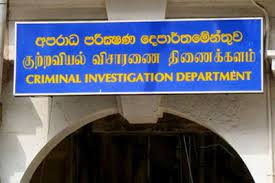 Police said these transfers have been made due to service requirements following the approval of the Public Service Commission.

One thought on “LNP – DIG in charge of CID replaced”