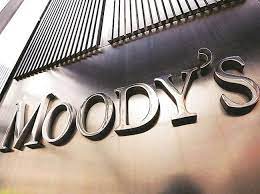 This concludes the review for downgrade initiated on 19 July 2021.

“The decision to downgrade the ratings is driven by Moody’s assessment that the absence of comprehensive financing to meet the government’s forthcoming significant maturities, in the context of very low foreign exchange reserves, raises default risks.”

In turn, this assessment reflects governance weaknesses in the ability of the country’s institutions to take measures that decisively mitigate significant and urgent risks to the balance of payments, the statement said.

“External liquidity risks remain heightened. A large financing envelope that Moody’s considers to be secure remains elusive and the sovereign continues to rely on piecemeal funding such as swap lines and bilateral loans, although prospects for non-debt generating inflows have improved somewhat since Moody’s placed Sri Lanka’s rating under review for downgrade.”

“The stable outlook reflects Moody’s view that the pressures that Sri Lanka’s government faces are consistent with a Caa2 rating level. Downside risks to foreign exchange reserves adequacy remain without comprehensive financing and narrow funding options. Should foreign exchange inflows disappoint, default risk would rise further. However, non-debt generating inflows particularly from tourism and foreign direct investment (FDI) may accelerate beyond Moody’s current expectations, which, coupled with the track record of the authorities to put together continued, albeit partial, financing, may support the government’s commitment and ability to repay its debt for some time.”

“Sri Lanka’s local and foreign currency country ceilings have been lowered to B2 and Caa2 from B1 and Caa1, respectively. The three-notch gap between the local currency ceiling and the sovereign rating balances relatively predictable institutions and government actions against the very low foreign exchange reserves adequacy that raises macroeconomic risks, as well as the challenging domestic political environment that weighs on policymaking. The three-notch gap between the foreign currency ceiling and local currency ceiling takes into consideration the high level of external indebtedness and the risk of transfer and convertibility restrictions being imposed given low foreign exchange reserves adequacy, with some capital flow management measures already imposed.”