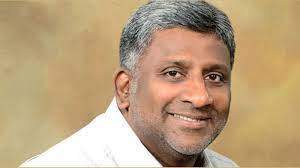 Tourism Minister Prasanna Ranatunga instructed to launch an extensive investigation into the incident in which an American tourist who arrived in Sri Lanka had to return after a 5 hours stay in Sri Lanka due to inconvenience.

George, a tourist from the US who arrived in Sri Lanka on October 7, made a statement about the difficulties he faced in Sri Lanka, which is widely circulated on social media these days.

According to his statement, he arrived in Sri Lanka for a visit and returned within five hours as he could not afford transportation and was unable to contact his agency.

Minister Ranatunga has instructed the chairperson of the Tourism Development Authority to conduct a comprehensive investigation and submit a report to him.

The Tourism Development Authority said they had already launched an investigation

One thought on “LNP – US tourist left SL after 5 hours stay; minister calls for probe”