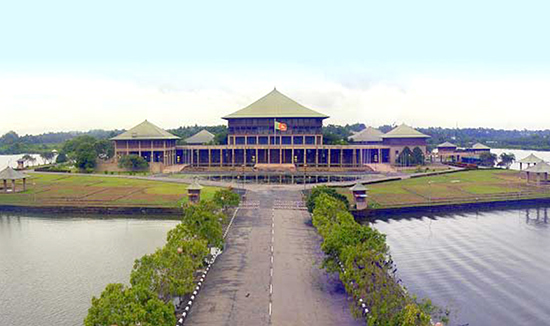 Leaders of Political parties representing Parliament yesterday decided to have the Budget for 2022 on November 12 and to take up the third reading vote on December 10, 2021.

Sergeant-at-arms Narendra Fernando told Daily Mirror that the decisions were made at the party leaders meeting last afternoon.

It was reported that Minister Basil Rajapaksa and TNA MP- M. A. Sumanthiran were engaged in a verbal battle at the party leaders meeting. However, Sergeant-at-arms Fernando who refuted this said there had been only a disagreement between the Minister and the MP