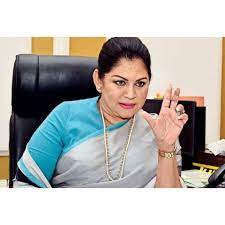 Mayoress of Colombo Rosy Senanayake today assured that there is no move to take any action against any owner of unregistered properties in Colombo City and there will be no acquisition of any property.

“I tender an apology to the city dwellers for any inconvenience that may have caused to them and want to assure that CMC will not acquire any unregistered land,” Ms. Senanayake told a press conference.

“We also regret if the Central government is adversely affected by the issue,” she added.

“It was unethical to send information of unregistered property with assessment numbers to the Information Department website,” she also said.

Meanwhile Municipal Assessor D. P. Pathmakumara in a letter has said that the name of the persons who had come to the municipal council and made the rate payment had entered into the CMC system. “We decided to change the system and register the name of the owner of the property as the rate payer. Around 167,000 properties have been assessed and names of owners of around 59,000 properties have not been entered in the assessment list. The Mayoress should be aware of the ownership of these properties and it is essential to include the names of owners in the assessment lists. As per the by law of the gazette, 11,479 new owners have to be included in the assessment list within three months in the event the ownership has changed. Therefore I included the information in the CMC Website with the approval of the Municipal Commissioner. This was done to create awareness among those who do not know the correct situation,” he said in his letter to the Mayoress.

Mr. Pathmakumara said he regretted that he could not inform the mayoress about it.

One thought on “LNP – No move to take action against unregistered property owners in Colombo City: Rosy”