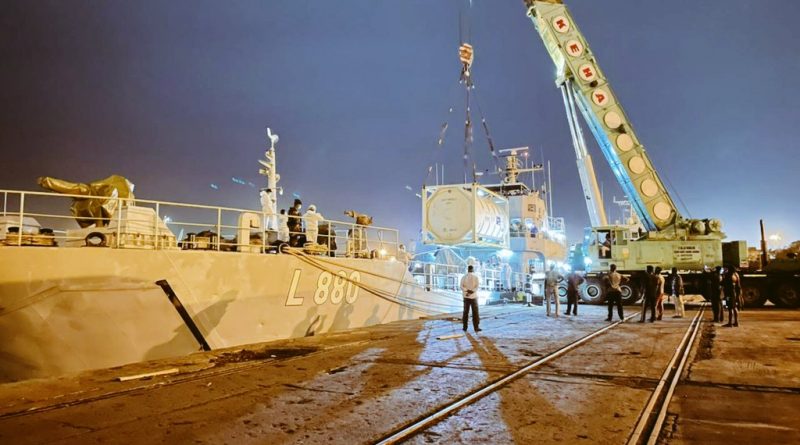 The Government has decided to suspend the order placed to purchase 1,080 tonnes of liquid oxygen from India, required for the next three weeks.

Speaking to the Daily Mirror, Dr. R. M. Saman Kusumsiri Ratnayake, Secretary to the State Ministry of Drug Production, Supply and Regulation said the decision was taken considering the significant decline in the number of oxygen dependent patients at present.

“The Government had initially planned to procure 360 tonnes of oxygen per week to meet the oxygen shortage which prevailed at that time,”

“Accordingly, we have put on hold a stock of 1,080 tonnes of liquid oxygen required for the next three weeks,” he underscored.

“The daily consumption of oxygen, which was around 135 tonnes a month ago, has now reduced to 70 tonnes,” he said.

At the same time, Dr. Ratnayake said there are only 560 patients who are oxygen-dependent at present which was over 1000 earlier.

“Sri Lanka now can meet the oxygen requirement from locally produced companies. However, if and when the need rises for oxygen, we will take measures to cancel the suspension and purchase them accordingly,” he added.

One thought on “LNP – Govt. suspends order placed to procure Oxygen from India”