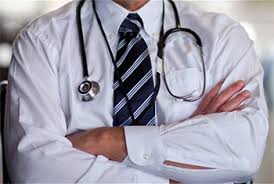 Commercial objectives were operating behind anti-vaccine movements active in Sri Lanka and websites that were promoting such anti-vax campaigns, a medical expert said today.

Department Head of Community Medicine of the Colombo University Prof. Manuj Weerasinghe said there was a tendency to criticize Covid vaccination so as to promote some other treatment methods.

“A certain doctor has been continually criticizing the vaccination drive through a social media platform. He has a commercial objective behind his anti-vax campaign. He is trying to gain publicity to promote another treatment method. Some other people too were behind this campaign,” he said.

He said it was important to vaccinate young people between 20 and 30 years to protect their lives and requested everyone not to resort to any anti-vax campaigns and disrupt the vaccine drive in the country.

He said there have been anti-vaccine campaigns when vaccines were introduced in the world over the years, such as in the case of anti-rabies vaccines.

He said there was no basis for these anti-vaccine campaigns and added that there were no religious barriers or any incidents of undermining indigenous or Ayurvedic practices due to the vaccination as claimed by such groups.

“Covid vaccination was started in the Arabic countries and North America and Latin America in the first stage. So, such religious groups in Sri Lanka may not have religious issues for vaccination. Western Medicine practices were done jointly with indigenous and Ayurvedic practices for Covid treatment in Sri Lanka. There is no undermining of such practices either,’ he said.

Dr. Weerasinghe requested people not to share or subscribe anti-vaccine posts on social media and not to subject vaccine drive to any other agendas.

He said if Sri Lanka were to reach 70 to 75 percent of herd immunity rate, it was important to vaccinate the youth between 20 and 30 years.

He requested youth not to get caught to rumours such as impotence and infertility because of Covid vaccines, as there were no scientific proof for such rumours