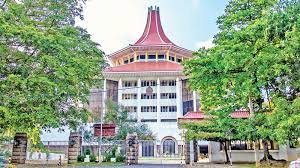 A man sentenced to life imprisonment for drug trafficking after spending two years in jail was acquitted by the Court of Appeal observing that evidence of main prosecution witnesses, two police officers attached to the Police Narcotics Bureau (PNB) cannot be considered credible.

While ordering to set aside the conviction of the accused, Court of Appeal (President) Justice Priyantha Fernando and Justice Sampath Abayakoon held that it is unsafe to convict the accused on their evidence.

Asanka Fernando Alias Sajee, a resident of Colombo 14 was indicted in Colombo High Court for trafficking and possession of 9.64 grams of heroin, punishable under the Poisons Opium and Dangerous Drugs Act No. 13 of 1984. Upon conviction after trial, the Colombo High Court had sentenced the accused for life imprisonment for both counts. Subsequently, the accused had filed an appeal in the Court of Appeal on several grounds including the High Court Judge had treated the evidence of the prosecution with a special sanctity and evidence of the prosecution witnesses failing the test of Credibility.

As per the evidence of the main prosecution witnesses, accused was arrested April 25, 2013 while he was waiting near the Mahawatta clock tower to hand over drugs to another person. They said when searched upon arrest, the officers found a cellophane bag that contained heroin in the accused’s trouser pocket.

According to the prosecution witnesses, the team of officers had gone to search the accused’s house in Endaramulla with the accused. They reached Enderamulla by 11.25 am and searched the accused’s house till about 12.05 pm. No suspicious or illegal items had been found. The team had then come back with the appellant to the Bureau at about 13.10 pm.

However, the position taken by the defence throughout the case had been that the accused was never arrested on the road as testified by the police witnesses, but from his house at Enderamulla in the morning.

The accused has made a statement from the dock. According to him, the police officers arrested him early in the morning. He said police officers had assaulted him at various places and had taken him to a house belonging to a person named Cader place where he was assaulted again. Subsequently, he was taken to the Narcotics Bureau along with Cader.

‘Although the two independent police officers called by the defence were cross examined by the state counsel for the prosecution, their testimony was unchallenged. Thus, it is clear that officers of the Narcotics Bureau had gone to Cader’s house in the morning by 11.30 am, although prosecution witness number one and two denied any officer from the Bureau going there in the morning, Justice Fernando said.