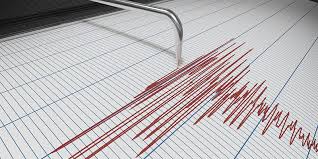 Doctors and professors who have thorough knowledge in our country’s geology have expressed that Sri Lanka is located closer to the centre of the Indo-Australian plateau and, therefore, there is a minor chance of an earthquake occurring.

A discussion was held following a special awareness program conducted at the Geological Survey and Mines Bureau (GSMB).

The discussion was held to clarify whether there could be a possibility of a major earthquake in our country in the future due to the sporadic minor earth tremors that have been felt from time to time in a number of areas, including the Central Highlands of Sri Lanka.

While moderating the discussion, GSMB Chairman Anura Walpola said four seismic stations have been set up at Mahakanadarawa, Pallekele, Hakmana and Buddhangala and two more will come up in the Western and North Western Provinces in the near future.

It also said that ten micro seismic units have already been set up around the Victoria Reservoir as per the recommendations of the committee appointed on the instructions of Environment Minister Mahinda Amaraweera.

Seismologist Nilmini Thaldena said, the GSMB is currently collecting seismic data from around the world and has the necessary technical equipment to do so.