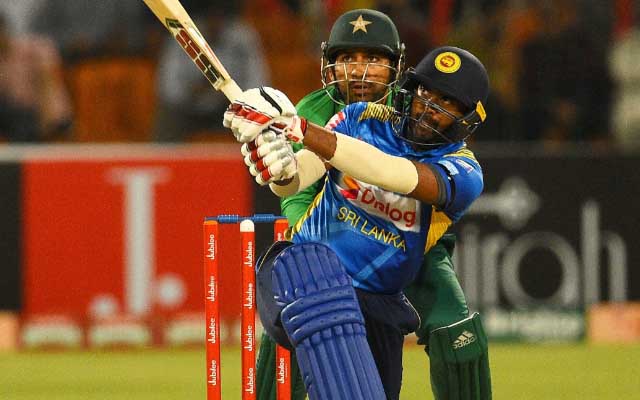 It doesn’t take a deep dive into cricket analytics to see what the biggest headache for Sri Lanka cricket is ahead of the T20 World Cup – a cursory glance at the list of top run scorers in the recently concluded T20I series against South Africa would do. The man chastised for his slow scoring rate is also the team’s highest run scorer, and the only batsman to have scored a half-century.

By no means is Dinesh Chandimal the archetype T20 batsmen, or this an argument for his inclusion in the team for the World Cup, but the fact that he stayed at the crease longer than any other Sri Lankan batsman in the series – he played just two of the three T20Is — and is still considered one of the problems in Sri Lanka’s T20 World Cup squad, is an indictment of how poorly stocked and prepared Sri Lanka’s batting is heading into the showpiece tournament.

The catalyst for the 3-0 series defeat to South Africa was failure with the bat, which captain Dasun Shanaka accepted in the aftermath of one of Sri Lanka’s most embarrassing series T20I series defeats at home.

“We need to respect the bowler, but we also gave up soft dismissals and it was because of that that it looked like we couldn’t get the singles. If we kept wickets in hand, we could have got to 150-160 runs,” Shanaka said.

Almost everything that Sri Lanka did wrong in that series, in the batting department atleast, can be extrapolated from that statement – soft dismissals, poor strike rotation and woefully below par totals.

Soft dismissals like Dhananjaya de Silva getting out in identical fashion in both matches, charging the bowler, before he could even get his eye in – showing little desire to value his wicket and build an innings. Poor strike rotation, like Sri Lanka giving up 46 dot balls in the third T20I, with similar numbers in the previous two matches. And below par scores, like the targets of 120 and 103 that Sri Lanka set in the final two T20Is, which are rarely ever going to win you T20 matches — not when you don’t have a Lasith Malinga or a Rangana Herath in your team. Even playing six all-rounders in the third T20I, Sri Lanka failed to score aggressively, underlined by the jarring stat that between overs number 7 and 17, they managed just one boundary.

Sri Lanka experimented with almost every batsman in the series, mixing and matching with seemingly no batsmen, outside of the openers, cementing a fixed position, but Shanaka nevertheless believes that the best team composition has now been established.

“We are planning to field our best XI against Oman, because we want to play the same team for the World Cup group stage. We have had to change our combinations because Kusal Janith just returning after injury and recovering from Covid-19, so we couldn’t find the right combinations. So we are hoping to have our best combinations starting from the Oman series,” Shanaka said.

Shanaka has found himself on a sticky wicket, perhaps burdened by the responsibilities of leadership, not contributing as a batsman — and not quite trusting himself to be economical on the turning tracks at the R. Premadasa – with the good form he scored during the SLC Invitational T20 tournament left back in Pallekele.

“If you take the domestic tournament, we played it at Pallekele and there the wickets are suited for T20, because the ball comes onto the bat. Here, at the R. Premadasa, we wanted to challenge them in spinning conditions because we know even Bangladesh beat New Zealand and Australia (in spinning conditions),” Shanaka said.

It was instead shooting themselves in the foot, as Sri Lanka struggled against South Africa’s spinners – even the part time spin of Aiden Markram.

Of his own batting Shanaka said: “Personally, I was in form in the domestic tournament, but after coming here the ball wasn’t quite coming onto the bat so I had be play defensively, based on the position I was playing.”

With the World Cup a little over a month away, there is little time for Sri Lanka to now arrest these flaws – leave alone the toothless bowling – in a competitive environment, with only two T20Is against Oman and two warm-up matches left before they begin their World Cup campaign.

That may not be enough time to stop the slow-motion train wreck that Sri Lanka cricket is heading towards.