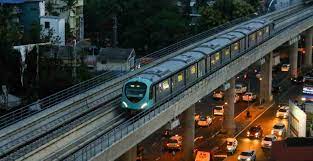 KCI Metro Link Korea Co and the GBK Consortium of more than 15 South Korean companies have signed a memorandum of understanding to undertake a feasibility study for a light rail line running north from Colombo to Bandaranaike International Airport and Negombo, along with an associated mixed use development.

The project is being backed by a US$500m loan from Export-Import Bank of Korea to Sri Lanka, with more than US$1bn of further funding expected to be raised from international investors, the Railway Gazette reported.

Speaking at the signing ceremony in Seoul, Sri Lanka’s ambassador Dr A Saj U Mendis said countries including South Korea and Malaysia had experienced rapid development owing to improved connectivity, and he believed Sri Lanka was now in similar position to South Korea 30 years ago and well positioned to receive foreign investment.