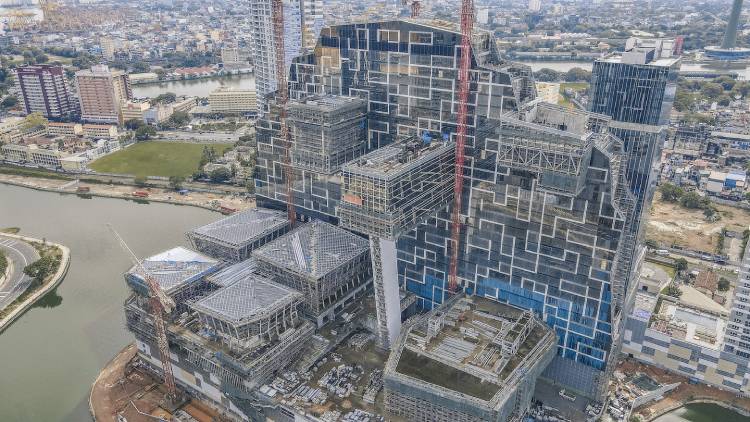 Colombo’s newest state-of-the-art office tower, ‘The Offices’ at Cinnamon Life has been chosen as the hub for leading global technology company, HCL Technologies’ growth drive in Sri Lanka. Cinnamon Life is the first A-grade office tower in Colombo to attract a leading multinational company to occupy a majority of available office spaces within its premises.

HCL Technologies has entered into an agreement with John Keells Holding (JKH) to occupy over 80% of the space in the 30-storey Grade-A office building. HCL’s commitment as the anchor office tenant at Cinnamon Life adds immense value to the integrated mixed development project as a whole, as the office spaces are poised to attract a dynamic local and expatriate workforce. The international company’s commitment and growth drive in Sri Lanka are also reflective of the long-term business resilience of Colombo’s ascent as a commercial hub in South Asia.

For HCL, Cinnamon Life’s prime location, wide-ranging facilities and emphasis on utmost quality proved to be a winning combination.

“The state-of-the-art office space from Cinnamon Life is the perfect blend for HCL’s growth plans in Sri Lanka,” said Srimathi Shivashankar, Corporate Vice President, HCL Technologies. “Being at the heart of Colombo, this iconic signature structure is a reflection of HCL as a next-generation global technology company that is constantly reimagining business for a digital age.”

HCL Technologies Global Development Center in Sri Lanka was officially inaugurated by the Honorable Prime Minister of Sri Lanka, Mahinda Rajapaksa and Indian High Commissioner to Sri Lanka, Gopal Baglay in September 2020. Since then, it continues to work to place Sri Lanka on the global map as the preferred delivery center for Fortune 500 clients across diverse industry verticals.

Cinnamon Life, the much anticipated iconic mixed-development project by JKH, is set to be a key feature in Colombo’s skyline. It houses an 800-room five-star Cinnamon hotel, a retail and entertainment complex, unmatched conference venues, a grade A office tower and two separate luxury residential towers (‘The Residence’ and ‘The Suites’ at Cinnamon Life).

“We are looking forward to hosting HCL, one of the world’s leading technology companies, at Cinnamon Life, and to providing them a platform for growth over the coming years. HCL’s commitment to anchor its offices at Cinnamon Life is a testament to the long-term vision we had when we launched this ambitious project. With the full development including the hotel and mall slated for opening next year, we expect that Cinnamon Life will position Colombo as the leisure, entertainment, and retail epicentre of the South Asian region,” reflected Krishan Balendra, Chairman of John Keells Holdings.

A ‘city within a city’, Cinnamon Life aims to be the lifestyle capital of Colombo and promises to deliver a vibrant lifestyle experience. The property will also feature one of the city’s premium retail and entertainment malls among several state-of-the-art amenities and attractions.