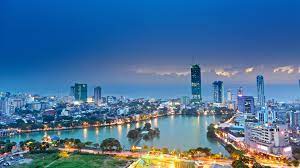 The Western Province is slated to receive a face-lift with plans afoot to embark on an urban beautification programme that will start from Kelaniya.

The programme is launched by the Special Assignments and Environment Division of the Presidential Secretariat.

The first phase of the project will focus on city beautification, road cleanliness, and environmental conservation.

A discussion was held by the relevant authorities earlier this week on the areas that require immediate focus.

According to a statement released by the President’s Media Division (PMD), the discussion drew attention to the need of flood control mechanisms in low lying areas of the Kelani River Valley, and the maintenance and beautification of the Colombo-Kandy main road belonging to the Peliyagoda, Kiribathgoda and Kadawatha Police Divisions.

Concerns were also raised on the advertisement banners that obstruct the beauty of the city.

The programme will be implemented with assistance from of the Municipal Councils, the Pradeshiya Sabhas, and the public, under the supervision of the Police

One thought on “LNP – Western Province to receive face-lift”