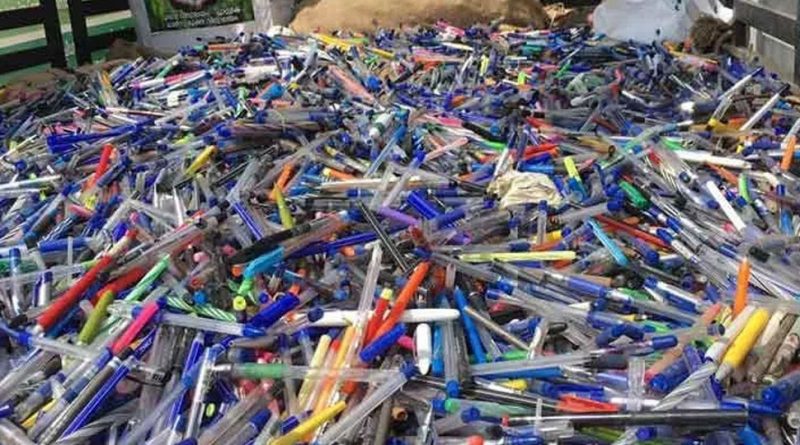 Following a programme launched to collect disposable carbon pens and toothbrushes, as they would take about 400 years to perish, Environment Minister Mahinda Amaraweera said.

The ministry recently launched a directive to collect carbon (ball point) pens from schools and from government institutions also toothbrushes from houses.

On the instructions of the Ministry, special collection bins have been introduced for the purpose under the theme “Discipline, not Law.”

“Around 80-100 kg of carbon pens are disposed per day from schools but there are no definite statistics on the amount of carbon pens being disposed daily by public and private institutions. However, it has been confirmed that the micro-plastic molecules produced by carbon pens and toothbrushes will not perish in the soil even after 1000 years, “Minister Amaraweera said.

So far, the Ministry has distributed nearly one thousand such bins among schools, government institutions and ministries and will be extended to all government and private institutions in our country. The Ministry will not spend state funds for this project and it is planned to obtain the necessary financial assistance with the help of the private sector.

The Minister also said the use of unnecessary plastics and polythene has created a huge environmental issue in our country today. Polythene and plastics have a major impact on the soil, air and water pollution in particular, he said.

Therefore, the government will implement all possible measures to minimise and manage the use of these as much as possible, the minister added.

One thought on “LNP – Directive to collect carbon pens, toothbrushes as they take 400 years to perish: Minister”