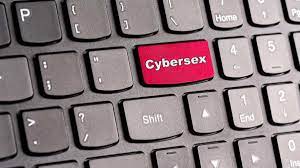 Cybersex crimes against women and Children in Sri Lanka have increased by 300 percent during the pandemic period in Sri Lanka that started early last year, child and women rights organisations said yesterday.

Child and Women Organisations including Women’s Political Academy, Mothers and Daughters of Lanka, Shama Shakthi, and Women’s Development Trust which revealed this situation at a joint press conference, called for new laws, proper regulatory bodies and to mete out justice to women and children in Sri Lanka without further delay.

Organiser of Women’s Development Trust E. M. Bandara Menike said cybersex crimes against women and children have increased by 300 percent during the pandemic period in Sri Lanka. She also said that cases of harassment of women in general had increased by 33 percent during the given period. “School children have become vulnerable for online sexual harassment with the advent of zoom in classes since the dawn of COVID- 19 pandemic. Even domestic violence has increased,” she said.

Coordinator of Mothers and Daughters in Sri Lanka- Padmini Weerasuriya stressed the need for a regulatory body to stop harassment of women employed in the Free Trade Zones, particularly those working in the apparel factories. “Certain factory owners, especially owners of apparel factories, have been making employees work without a break in order to meet orders despite the pandemic situation. Some of the employers have even failed to disinfect their factories