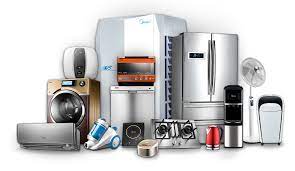 The Hambantota International Port Group (HIPG) will soon be able to facilitate manufacturing of home appliances within 12 months due to a number of efforts taken to streamline the processes within the facility.

In a bid to increase the momentum of the progress in the industrial park, the HIIPG announced today that it is combining the ‘HIIPG Speed’ concept into the Standard Operating Procedure (SOP) of the port.

Recently the HIIPG inked an agreement with Shenzhen Xinji Group to introduce the ‘Plug and Play’ concept, and according to the entities, ‘HIIPG Speed’ will play a vital part in its progress.

“Our modern standardized factory set up will be ready to roll out the production of home appliances within a span of 12 months. The concept is to act as an incubator to support more enterprises, who will have a simplified entry into the Hambantota Industrial Park,’’ Xinji Group’s Chairman Yang Lin said.

He added that the XINJI ‘Electronic Processing Park’ will be the platform to independently carry out production and trading of household appliances.