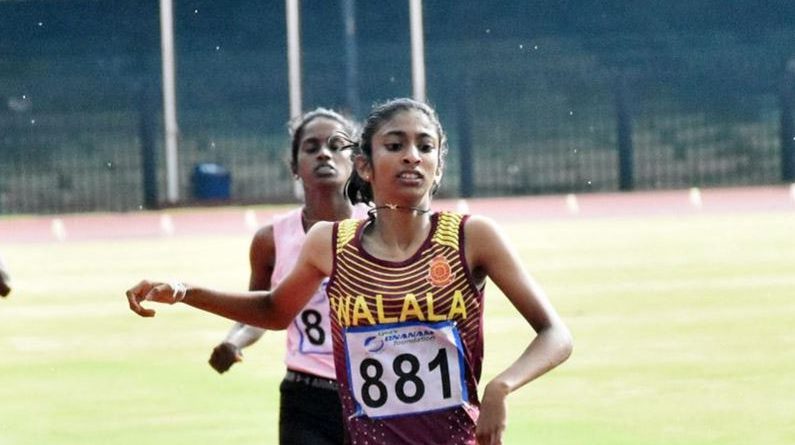 17 year-old Tharushi Karunaratne of Walala A. Ratnayake MMV qualified for the World Junior Athletics Championships after she came second in the Women’s 800m at the first stage events of the 99th National Athletic Championships, which is also a qualification event for the Tokyo 2020 Olympics, conducted at the Sugathadasa Stadium today.

The World Junior Athletics Championships, which is for athletes under the age of 20, will take place in Nairobi, Kenya in August this year.

Karunaratne beat the World Junior Athletics Championship qualifying standard of 2:08.70 for the event.

Dilshi Kumarasinghe, the national Women’s 800m champion, sustained an injury midway through the race and could not complete the event.

Meanwhile, Nilani Ratnayake won the 3000m Steeplechase event in a time of 9:53.96 secs, but she was short of the Olympic qualifying standard of 9:30.00 secs.

A total of 45 international athletes will be selected for the Olympic 3000m Steeplechase event, with 28 having already qualified.

10 events were conducted under the first stage today, and a date for the second stage of events will be notified at a later date.