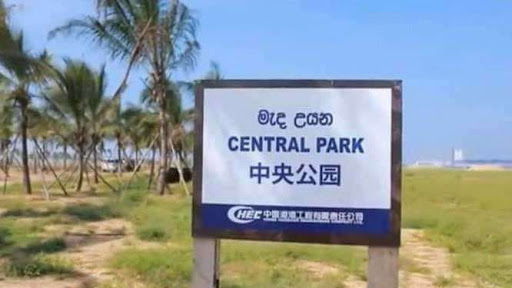 The Embassy of China in Sri Lanka, Colombo, has urged Chinese entities engaged in joint ventures in Sri Lanka to ensure that all project sites and buildings comply with the trilingual rules of the island nation.

The embassy on its official twitter account acknowledge that an interim sign at a Joint Venture building did not have the signage in the Tamil language, one of Sri Lanka’s three official languages.

“We respect all three official languages in Sri Lanka, and urge Chinese companies to follow,” the embassy said in a tweet.

The embassy pointed out the Tamil language is given equal prominence by sharing images of the signage at the Bandaranaike Memorial International Conference Hall (BMCIH), and the 600 years” old Zheng He Stone Tablet displayed at the National Museum, Colombo