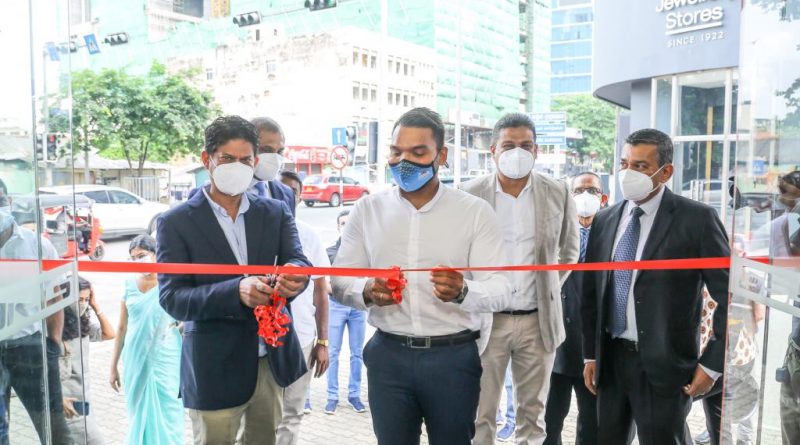 Part of businessman Dilith Jayaweera’s, George Steuart Group, GS Sports said that the timing of the launch of GS Sports two days before cabinet approval for the container gyms was a coincidence that led to unfounded and irresponsible speculation.

It also said that in keeping with the scale and impact of the GS Sports venture, Minister of Sports and Youth Affairs Namal Rajapaksa was invited to be Chief Guest at the launch in his capacity as the subject minister for sports.

“While categorically denying any relationship to the proposed government project, Team GS Sports would like to elaborate on its decision to launch a chain of fitness equipment stores, with two stores already opened on Galle Road, Colombo 03 and in Madiwela, Kotte. George Steuart Health, over its four decades, has represented several top sports health brands, including Mueller Sports Medicine, one of the world’s top manufacturers of Kinesiology Tape. During the past fifteen years, George Steuart Health has engaged in direct sourcing and direct sales of high quality fitness equipment,” GS Sports said.

The company said that the establishment of GS Sports as a fully owned subsidiary was borne of the opportunity seen for a large corporate player to enter the health and fitness space, given the growing demand for residential and commercial gymnasiums.

“It must be noted that any rudimentary calculation would show that the investment in merely establishing these outlets would far outweigh any significant profit that may be accrued from the supply of 500 fully outfitted container gyms to the government,” GSD Sports said.

It added that in November 2020, the Sports and Recreation Department invited tenders for 25 container based gym facilities; while George Steuart Health was among seven bidders whose tenders were accepted, the tender was awarded to High Octane Fitness Centre (Pvt) Limited, the lowest bidder. As such, the GS Sports reiterated that it plays no role in the project in its present form.