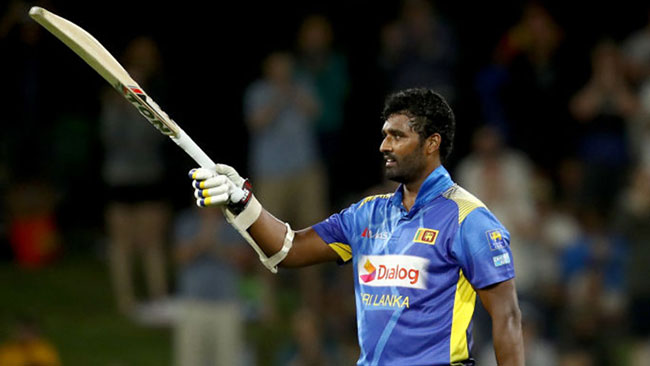 The 32-year-old said he has tendered his resignation to Sri Lanka Cricket (SLC), retiring from all forms of international cricket.

A former Sri Lanka captain, Perera made his international debut on December 24, 2009, against India. He has since gone on to represent the Sri Lanka national team in over 250 matches and was also part of the 2014 ICC World Twenty20 team.

Perera was also the first Sri Lanka cricketer to take a T20I hat-trick and holds the record for playing most matches and scoring most T20I runs for Sri Lanka without hitting a half-century.

Perera came through the ranks at the prestigious St Joseph’s College in Colombo which has produced several top cricketers that went on to represent the national team. Perera made his senior debut as a 20-year-old after shining for Sri Lanka in the 2008 U19 Cricket World Cup.

Thisara Perera was the first Sri Lanka cricketer to take a hat-trick in T20Is. He achieved the feat against India in 2016. He was only the second bowler after Brett Lee to pick a hat-trick in both T20Is and ODI cricket.

Perera has so far represented Sri Lanka in 166 ODIs, 84 T20I matches and six Tests. Perera has scored one hundred and 14 half-centuries in his international career.

Perera recently became the first Sri Lankan to hit six sixes in an over, during a domestic tournament for Army Sports Cricket Club in SLC’s Major Clubs tournament.

He had retired from Test cricket in 2016.

One thought on “LNP – Thisara Perera retires from international cricket”