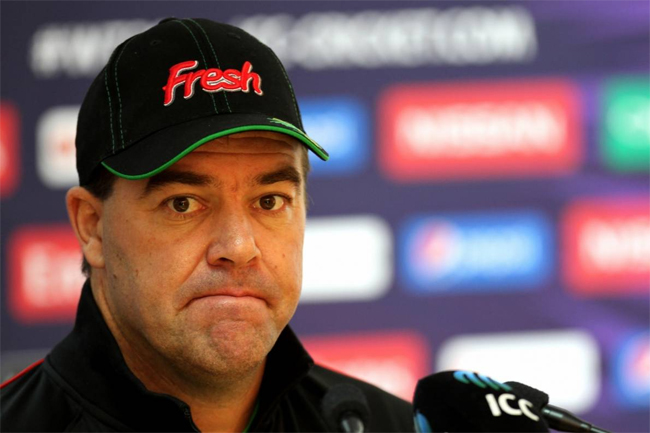 “Mr Streak chose to admit the charges and agreed the sanction with the ICC in lieu of an Anti-Corruption Tribunal hearing,” an ICC statement said.

Streak, 47, was found guilty of breaching five rules of the ICC’s Anti-Corruption Code related to betting.

He disclosed inside information in relation to matches in the 2018 Tri-Series involving Zimbabwe, Bangladesh and Sri Lanka, the Zimbabwe v Afghanistan series in 2018, the IPL 2018 and the APL 2018, the statement revealed.

He also “facilitated or attempted to facilitate” the introduction of four players including a national captain to a third party for inside information for betting purposes.

He was also found guilty of obstructing the ICC’s investigation, and failing to declare a “gift, payment, hospitality or other benefit” from passing on inside information.

In the ICC’s rap sheet Streak is said to have been in contact via Whatsapp with “an Indian gentleman, Mr X” in 2017.

According to the ICC, the conversations between Streak and Mr X on the social media platform spanned 15 months.

“During these discussions, Mr X made it clear to Mr Streak that he was involved in betting on cricket, and also requested details of Mr Streak’s bank account outside Zimbabwe, which Mr Streak provided,” the ICC said.

He admits deleting his correspondence with Mr X before an interview with the ICC’s Anti-Corruption Unit.

Alex Marshall, general manager of the ICC’s Integrity Unit, said: “As a former captain and coach, he held a position of trust and owed a duty to uphold the integrity of the game.”

He added: “The offences did not affect the outcomes of any relevant matches and Mr Streak has agreed to assist the ICC anti-corruption education programme for which we are grateful.

“He has also expressed his remorse and contrition and entered this agreed sanction decision to avoid the need for a full disciplinary process. The sanction reflects this cooperation.”

Streak was handed the Zimbabwe reins in October, 2016, as replacement for the sacked Dav Whatmore.

He remains the only Zimbabwean bowler with more than 100 Test wickets.

As well as two spells as coach of Zimbabwe he also coached Bangladesh between 2014-2016, and acted as bowling coach for the Kolkata Knight Riders team in the 2018 edition of the IPL and the Kabul Zwanan team in the 2018 APL.