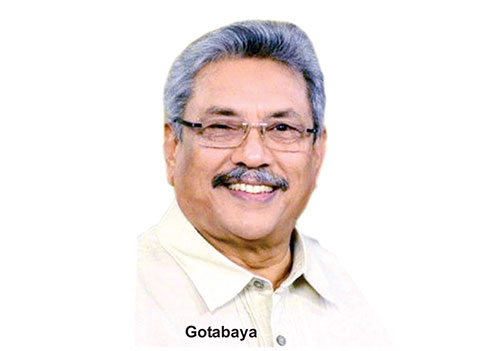 President Gotabaya Rajapaksa’s Office yesterday (15) strongly denied a claim by former US Ambassador for War Crimes and Global Criminal Justice Stephen Rapp (2009-2015) that wartime Defence Secretary Gotabaya Rajapaksa had admitted to killing LTTE leaders followign their surrender to the Army in 2009. Rapp claimed Rajapaksa had told him so when he met the latter in Colombo.

The allegation was made on Friday (12) at an online panel discussion organised by a group of organizations targeting Sri Lanka led by the Global Tamil Forum (GTF) on Justice and rule of law in the run-up to the 46th sessions of the Geneva-based United Nations Human Rights Council. Rapp recalled a conversation with the then Defence Secretary and now President Gotabaya Rajapaksa regarding LTTE leaders who surrendered to the army. Rapp said the government “hated the LTTE”.

“I remember raising this issue with defence secretary Gotabaya, now President Rajapaksa when I was there,” Rapp said at the webinar.

Stephen J. Rapp is a Senior Fellow at the US Holocaust Memorial Museum’s Centre for Prevention of Genocide and at Oxford University’s Centre for Ethics, Law & Armed Conflict.  He also serves as Chair of the Commission for International Justice and Accountability (CIJA).

The former US Ambassador was responding to a question regarding Sri Lanka’s suspicions about the failure on the part of the UN to inquire into atrocities committed by the LTTE as well as others, including the Indian Army. Rapp noted that one way to have made the Tigers accountable for violations would have been to arrest leaders and put them on trial. Rapp added: “Of course, recalling, that many of the individuals (in the LTTE) that could have been charged were in fact, according to credible evidence, killed after surrender. The numbers are around 360 that were given out”.

The President’s Office while pointing out Rapp visited Sri Lanka in 2012 and 2015, emphasized that the dramatic present accusation was meant for the Geneva sessions. Obviously, Rapp’s claim was nothing but overall part of the campaign to discredit Sri Lanka, the President’s Office said, drawing the former Ambassador’s attention to a wartime US defence attaché Lt. Col. Lawrence Smith declaration in 2011 in Colombo that battlefield executions didn’t take place.

The President’s Office said that the Office of War Crimes and Global Criminal Justice owed an explanation whether Rapp during his tenure as the head of that Office reported such a conversation with the then Sri Lankan Defence Secretary or whether Rapp shared information with UNHRC in the run up to 2015 Geneva sessions. Rapp should peruse Lt. Col’s Smith’s response to retired IPKF Maj. Gen. Ashok Metha’s query, the President’s Office said. Pointing out one-time LTTE mouthpiece TNA was represented at the webinar by its Jaffna District MP M.A. Sumanthiran, PC, the President’s Office questioned how US and the TNA backed the then General Sarath Fonseka’s candidature at the presidential election less than year from the conclusion of the war after having accused him and his army of genocide.

The President’s Office said that Sri Lanka rehabilitated over 12,000 LTTE cadres. Hundreds of LTTE cadres now live abroad under assumed names and were holders of various foreign passports, the President’s Office said adding that leaked US diplomatic cables revealed the Army could have finished off the LTTE with less casualties of its own but suffered losses due to ground commanders taking the civilian factor into consideration.

The President’s Office said that human right campaigning is a lucrative industry where plenty of funds are disbursed among those groups and individuals following the Western agenda. The former Ambassador Rapp’s claim reminded Sri Lanka of US-British campaign on WMDs leading to invasion of Iraq. Rapp’s claim in a way could be compared with former Northern Province Chief Minister C.V. Wigneswaran’s August 2016 high profile claim the Army poisoned 104 surrendered LTTE cadres.