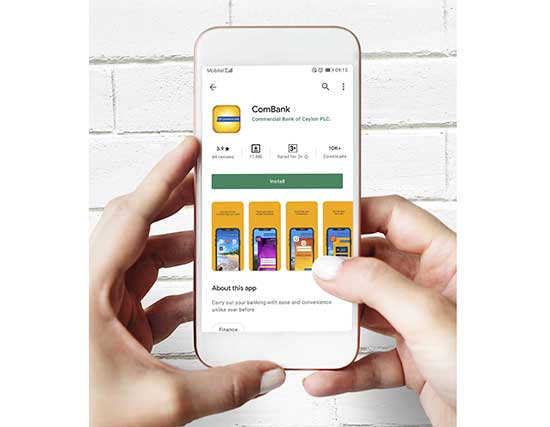 Access to and use of Commercial Bank of Ceylon’s multiple mobile banking apps has become even easier with the launch by the Bank of an Aggregator App that bundles them together as a single download.

The Aggregator can be found by iOS as well as Android users in the App Store and Google Play respectively by simply searching for ‘Commercial Bank,’ the Bank said.

The Aggregator app eliminates the requirement of operating through separate downloads of different apps launched by the Bank and simplifies the mobile banking experience of customers.

It currently enables customers to access five of the Bank’s core mobile applications: ‘ComBank Digital’, ComBank ePassbook, ComBank eSlip, ComBank Q+, and ComBank Remit Plus. The Bank said all mobile apps it offers will eventually be included, with new Apps to be launched being automatically updated on the Aggregator.

Commenting on the launch of the Aggregator App, Commercial Bank’s Assistant General Manager Information Technology Krishan Gamage said: “The Aggregator was identified as a necessity as the Bank’s offering of services through mobile Apps began to expand. We continue to focus on introducing more digital products and services to enhance access and versatility to match the lifestyle and requirements of the modern customer.”