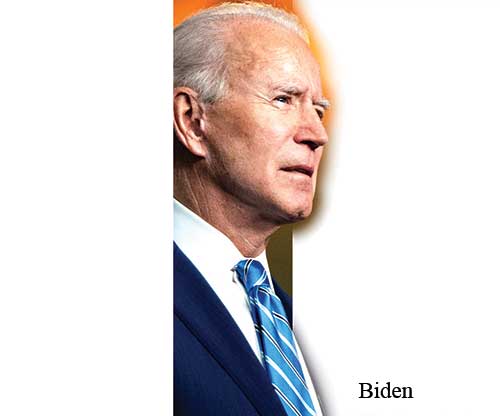 Ahead of the 46th sessions of the Geneva-based United Nations Human Rights Council (UNHRC) scheduled to begin later this month, newly elected US President Joe Biden’s Democratic Party has raised Sri Lanka accountability issues in a recently submitted Resolution, with the focus on appointment of military officials, including that of Gen. Shavendra Silva as the Commander of the Army.

The UNHRC consists of 47 countries divided into five groups. The UK took over Sri Lanka matter in the wake of the US quitting the UNHRC in June 2018. It now heads the Sri Lanka’s Core Group.

Silva, the first General Officer Commanding (GoC) of the celebrated 58 Division was named the Commander of the Army by President Maithripala Sirisena.

Sirisena’s successor, Gotabaya Rajapaka, appointed Silva the Chief of Defence Staff (CDS) and subsequently promoted him to the rank of General.

Bradley James Sherman is the US Congressman representing California’s 30th congressional district since 2013.

The author of Tamil Tigers’ debt to America Gamage explained how the change in US administration had started to bring in ‘initial bearing’ on Sri Lanka with Congressman Sherman making a move. Gamage said that the US stand on the accountability issues should be examined against the backdrop of a statement attributed to Foreign Secretary Admiral Jayanath Colombage that the political change wouldn’t have any bearing on Sri Lanka.

Gamage said that in spite of the US not being a member of the UNHRC, it would throw its full weight behind the push for a new Resolution to be moved at the forthcoming sessions.

Here are four areas the Congressional Resolution on Sri Lanka has touched:

Whereas the Government of Sri Lanka has promoted high ranking military officials suspected of forcibly disappearing persons and bearing responsibility for war crimes, including Lieutenant General Shavendra Silva, and has failed to hold accountable other current military officials accused of war crimes.

Whereas, during the 26-year civil war ending in 2009 between government forces and the Liberation Tigers of Tamil Eelam, tens of thousands of Tamils were forcibly disappeared by the police, military, and paramilitary operatives

Whereas, according to a 2020 United Nations Special Rapporteur’s report, “no observable progress has been made on pending cases, including habeas corpus applications into the disappearance of Tamil Tigers and members of their families who surrendered during the final days of the war”.

The Island learns that since the initial government reaction to the US slapping travel ban on Gen. Shavendra Silva and his immediate family members an year ago, the government hadn’t made representations to the US or UNHRC. The government ignored an opportunity to take up the Army Commander’s issue in the wake of the recent declaration made by the then US Secretary of State Mike Pompeo regarding the Army Commander’s matter. When the media raised the US travel ban on the Army Commander at a joint media conference given by Pompeo and Foreign Minister Dinesh Gunawardena, the one-time CIA Chief said “All right. Thank you. I think there were three questions there. The last one, look, it’s a legal process in the United States. We’ll always continue to review it. We want to make sure we get it technically, factually, and legally right. We’ll continue to do that.”

Well informed sources said that the UK spearheading the moves for a new Resolution at the UNHRC had told the Sri Lankan government in no uncertain terms that it was determined to go ahead with the project. Sources said that Secretary of State for Foreign, Commonwealth and Development Affairs and the Minister for South Asia Lord Ahmad of Wimbledon explained their stand to Minister Gunawardena and the Sri Lankan High Commission in London.

Tamil political sources said that they had the required support to secure a new Resolution at the forthcoming session. Sources said that a petition forwarded by three Tamil political parties represented in parliament to UNHRC members as well as the HR Commissioner received approval from those who mattered. Sources pointed out that the HR Commissioner’s latest report on Sri Lanka took the Tamil parties’ petition into consideration.