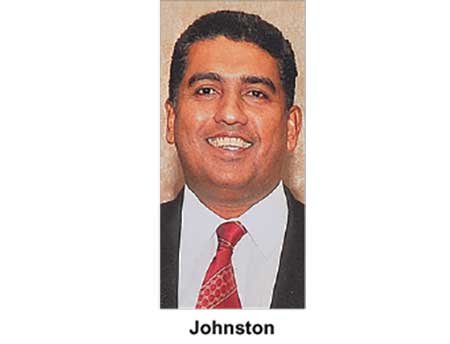 Chief Government Whip and Minister of Highways Johnston Fernando says that trade unions and civil society organisations now accusing the government of trying to sell off the Eastern Container Terminal of the Colombo Port to India were silent when the Hambantota port was sold by the former government.

“We will not sell the port.  The gang led by Sajith Premadasa messed up the port by signing agreements.  Their good governance has destroyed this country.  As a government we are cleaning up the mess they created.  The President has decided what is best for the people of the country.  Every project is implemented in the best way possible for the people and the country.  This is the reality. Protesters were also active during my tenure as the Minister in charge of Ports.  That is nothing new.  However, when the Hambantota port was sold by Ranil Wickremesinghe and Sajith Premadasa’s gang, the vociferous trade unions were silent. If such a battle had been waged then when the Hambantota port was sold that vital state asset could have been saved.  It will be good if port shares are floated in our country’s stock market.  There is nothing wrong with that.  That’s a very good thing.  The President has promised not to sell this port.”