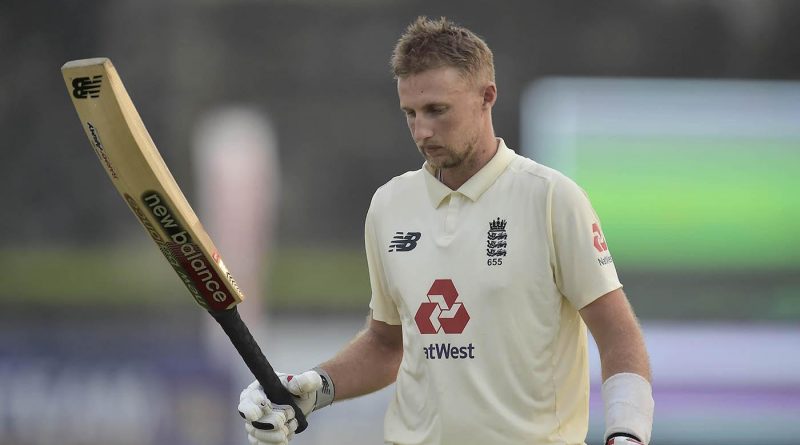 At the start of Day 4 of the second Test, England had lost nine wickets in the first innings, still trailing by 42 at that stage. However, both teams combined to lose 15 wickets on the penultimate day, and England came out on top by six wickets and clinched the series 2-0. Dom Sibley and Jos Buttler stitched a crucial, unbeaten stand of 75 to seal the deal for the visiting side.

When the final session commenced, England needed a further 118 for win. The visitors continued to play with positive intent to whittle away at the target. Eventually, with the score reading 62 for 1, Lasith Embuldeniya removed Jonny Bairstow LBW. Bairstow, who had already survived a review taken by Sri Lanka, decided to try his luck with the DRS but couldn’t overturn it.

Sibley, who was playing with a calm head on his shoulders, was joined by his captain and the man in form, Joe Root. Root too played with freedom and crunched one through mid-off off Ramesh Mendis. However, Mendis had the last laugh when Root tried one sweep too many and was castled. At that juncture of the innings, it was a prized scalp. With 75 more to overhaul the target, Embuldeniya bagged his 10th wicket of the match by inducing Daniel Lawrence to edge one behind.

With England in need of a partnership, Buttler and Sibley then joined forces to not just steady the innings but also take the side home. The feature of the alliance was how the pair looked to deal in singles and twos. The occasional delivery spun across the batsmen sharply. In the 34th over, Sibley survived one more umpire’s call – his third for the innings. The cauldron of Galle seemed to be getting more intense. In the 36th over, Mendis also dropped a tough chance, with Buttler getting a reprieve.

Buttler then tried to break the shackles with a couple of boundaries. With less than 15 runs to get, Sibley completed a well-measured fifty, and provided the finishing touches by tucking one around the corner.

England’s victory was set-up by the spinners in the morning session. In what turned out to be a frenetic session, Dom Bess and Jack Leach ripped through the Sri Lanka batting unit to leave them reeling. After Dilruwan Perera had wrapped up England’s first innings, the home team would have hoped for a good start. However, Root brought the spin duo into the attack after just four overs. Root was also rewarded for his move when Kusal Perera attempted a cross-batted shot for the second time in the match and was trapped in front by Leach.

Bess then extracted appreciable turn to force Oshada Fernando to edge one to short leg. To make matters worse for the home side, Lahiru Thirimanne flicked one to short leg where Zak Crawley took an excellent catch. Sri Lanka continued to collapse in a heap. The centurion from the first innings, Angelo Mathews, tried to sweep a delivery from outside off but could only hear the death rattle.

With the pitch offering more than enough assistance for spinners, Dinesh Chandimal came out with positive intent but ended up top-edging one to James Anderson at mid-on. Niroshan Dickwella tried to follow in his captain’s footsteps by playing with freedom. However, in the 21st over, he drove one off Bess to cover. Perera and Mendis were offered reprieves but they couldn’t make England pay. With Sri Lanka in major trouble, Embulendiya decided to attack Bess and Leach and crunched six fours and a six. He also stitched a stand of 44 with Suranga Lakmal before falling to Root. The England skipper also bagged the final wicket of Asitha Fernando.

England would be pleased with their all-round effort. Anderson bowled with skill and control to pick a six-for on an unresponsive track for pacemen. Root held the innings together with a brilliant 186. The spin pair of Bess and Leach then made inroads in the second essay. While chasing down a tricky target, Sibley returned to some form and also strung together the game-changing partnership with Buttler. On the other hand, Sri Lanka have a lot of soul-searching to do. On a positive note, Embuldeniya showed his class and quality with the ball, bagging a 10-for.

The Test also had its share of lighter moments: Dickwella asked Root whether he has a spare bat, and one of Bairstow’s hits ended up in a bucket full of paint. And the ball had to changed.