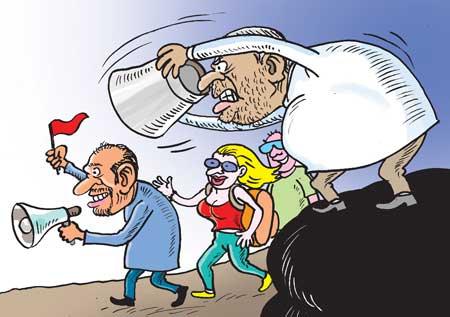 The former envoy’s pilot project of facilitating the tourist arrivals from Ukraine, which had been initially planned in consultation with the top team member in charge of the subject, has now run into the fire from various quarters.

The project is said to have fallen into a mess prompting even the top team member concerned to distance himself from it.  The main allegation against the envoy and the groups who organized the itineraries of the Ukrainian tourists is that they had failed to liaise directly with the Tourism authorities, which had led to the violation of quarantine rules and health guidelines, they say.  Even the top team member is said to have been kept in the dark about the travel plans made for these tourists. He has now decided to throw a spanner in the works, they say.