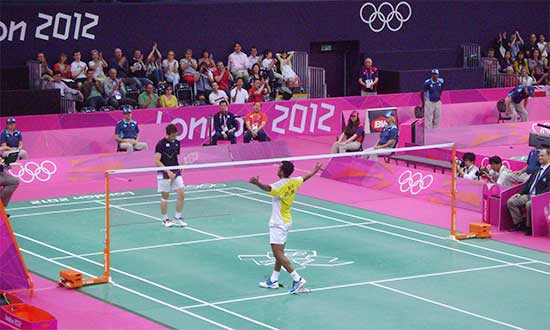 All year long, most of the national athletes have been training without a goal in sight. As in most sports, Badminton too had its fair share of missed competitions, both local and international. A frustrating sojourn in fact for many players who remain frustrated with a cascade of cancelled tournaments all over the world. The Olympics now saved for August 2021 would rekindle some hope and for Sri Lanka Badminton (SLB), Niluka Karunaratne remains in contention to qualify and represent the country in Tokyo.

SLB has therefore taken the plunge and mooted the Lanka Shuttle Challenge 2020 (LSC 2020) for its National Pool, which will give it the opportunity to assess its key players. Fortunately, the Ministry of Sports & Ministry of Health has been most supportive, permitting SLB to conduct this tournament, though under strict health conditions. SLB has accordingly put together a robust protocol that will conform to MOH guidelines working closely with PHI’s in charge of the venues selected.

Thus, the LSC 2020 will serve-off from the 16 – 20 December at the SLB & MBA stadium courts with 06 Teams of 12 players each vying for recognition and handsome prizes. SLB has adopted a franchise model to add glamour and set the precedents for an annual event each year that will complement the Senior and Junior Nationals, which has also been postponed to early 2021; target February.

The 06 Teams listed above are led by senior champion players with the national pool players evenly distributed to create a fine balance of talent. Managers consisting of SLB VP’s are heading the teams with assigned coaches and chosen captains, all gearing for a high-powered competition over the week. The Karunaratne brothers, Niluka & Dinuka, along with Sachin Dias, Buwaneka Gunetileke, Thilini Hendehewa, Kavidi Sirimanage & Dilmi Dias are all in the fray!

Namal Rajapaksa, the Minister of Sports will be the Chief Guest at the Opening and Closing ceremonies including the Prize Distribution.

Rohan De Silva, the SLB President and Chairman of the McLarens Group in his inimitable way, has offered the funds to run the event with the Prize Money alone more than Rs.600, 000. All teams will receive an appearance fee while the winners start from Rs. 250,000 for the Champions.

Li Ning is the SLB Corporate as well as Title Sponsor of the LSC 2020 and will bring a largesse of prizes for outstanding performances. SLB NPTC Chairman Palitha Hettiarachchi heads the organizing committee while Ajith Wijayasinghe as Event Director and Sanjeewa Wijesekera as Tournament Referee supported by a host of SLB Ex Co veterans.

SLB believes in the adage, Serving for Success and this introductory League tournament will no doubt set the trend for heightened competition in the years to come!