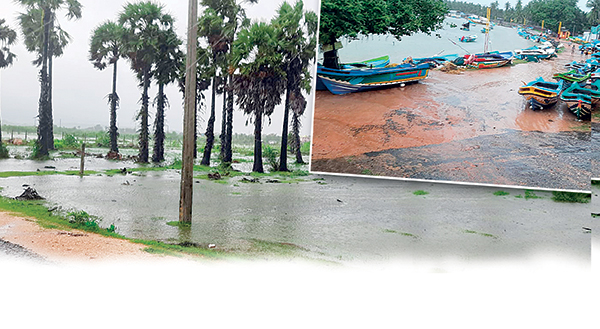 The Disaster Management Centre (DMC) yesterday said that they had taken all steps to deal with cyclonic storm ‘Burevi”, which was expected to hit the Eastern shores by 10 pm yesterday.

The DMC urged those in the Northern and Eastern provinces not to leave their houses or take selfies.

Several houses have been damaged and transport disrupted due to falling trees in Jaffna, Mullaitivu, Killinochchi and Mannar areas. A fisherman has gone missing in Jaffna, according to District Disaster Management Office. Meanwhile all schools in the Puttalam education zone will be closed today.