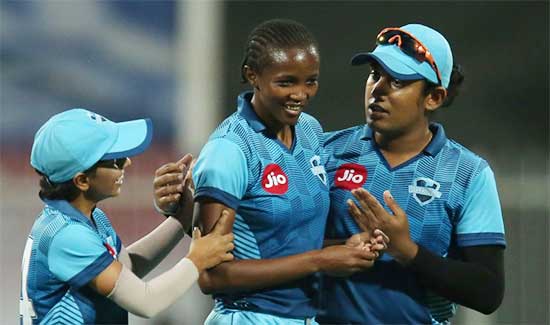 The Supernovas led by Harmanpreet Kaur failed to defend their Women’s T20 Challenge title as they lost a low-scoring final of the 2020 edition to the Smriti Mandhana-led Trailblazers in Sharjah.

Chasing 119, the Supernovas struggled in their chase, losing early wickets to spin and failed to recover, eventually losing by 16 runs. Kaur’s 36-ball 30 had kept the Supernovas in with a chance, but her dismissal in the 19th over allowed the Trailblazers to breathe easy and eventually seal a comfortable win.

Sri Lanka opening batter Chamari Atapattu(6) who was also Supernovas’ in-form batter throughout the tournament had her first low score in the run chase, as her team could not gain any momentum with the bat. The Other Sri Lankan involved in the tournament, Shashikala Siriwardene, made a better than run-a-ball 19 at no.5, but it wasn’t enough to take the Supernovas to victory.

Earlier in the day, Radha Yadav’s five-wicket haul had restricted the Trailblazers to 118 for 7, a total that seemed below par at the halfway mark despite a fluent 68 from Mandhana. But as the wicket got difficult in the second innings, it was a total that in hindsight was more than competitive as the Trailblazers spinners applied the choke successfully.