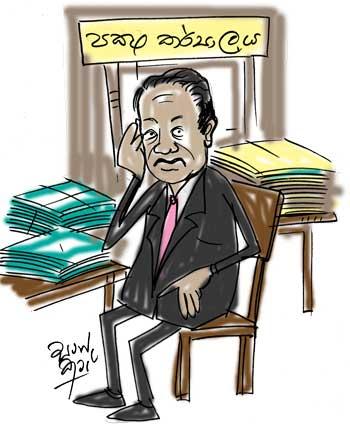 This politico was so sure that he would win a seat at the last general polls, he took a big building on a monthly rent of Rs.2 lakhs to run his political office.

According to the terms of the agreement he entered into with the landlord he was required to pay an instalment of the promised advance together with the monthly rental.  Unfortunately, the politico suffered defeat.

Now the politico is said to be in a terrible predicament as he has to keep on paying a big amount as the monthly rent and the advance instalment for a political office he does not really need!