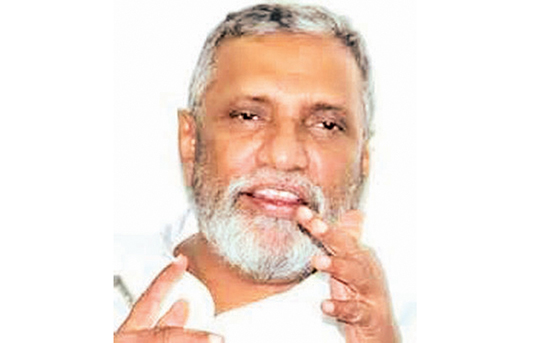 Civil society activist Oshala Herath intends to draw the attention of the new Election Commission (EC) to the failure on the part of the outgoing EC to inquire into his complaint regarding British citizen Diana Gamage’s appointment to Parliament through the Samagi Jana Balavegaya (SJB) National List.

Defeated UNP Colombo District candidate at the last general election, Herath told The Island that he would write to the new EC immediately after its formulation this week.

The five-year term of the EC headed by Mahinda Deshapriya constituted in mid Nov 2015 in terms of the 19th Amendment enacted earlier the same year would come to an end this week. In addition to Deshapriya, a career Election Department senior official, the EC included Prof. Ratnajeevan Hoole and Nalin Abeysekera, PC.

Herath made available a copy of a letter written to the Director, Criminal Investigation Department (CID) requesting for an inquiry into the matter. Referring to two British passports (numbers given)  used by Gamage, in addition to an official Sri Lankan passport  in her possession, Herath requested the CID to probe those who had helped her to procure an official passport and also allowed her to participate in the general election process.

When The Island pointed out that no less a person than Chairman, EC firmly stated in response to his inquiries all documents submitted by Gamage as an SJB National List nominee was in order, Herath said that the EC never bothered to conduct a proper inquiry before reaching that conclusion. Herath alleged that the new NL lawmaker hadn’t furnished documents pertaining to her British citizenship to Sri Lankan authorities therefore they didn’t know her status quo at the time she entered parliament.

Gamage, who is also the Assistant Secretary of the party, was among seven SJB lawmakers in parliament. The SJB altogether secured 54 seats in the current parliament.

Contrary to claims AJP no longer existed, Herath said, alleging that the UNP conveniently turned a blind eye to the UNP rebel group brazenly manipulating the process in place to re-register a political party.  The party leaders’ meetings chaired by the EC, too, ignored the matter and in fact cooperated with the clandestine project, Herath, who served former President Maithripala Sirisena’s media unit, said.

In terms of the 20th Amendment, the EC will comprise five persons. The President will constitute the EC having obtained opinion of the five-member Parliamentary Council (PC) headed by the Speaker. The PC consists of Speaker, PM, Opposition Leader and representative each of the PM and the Opposition Leader.

Herath said that he would take up the issue with the PC if the new EC too ignored the complaint lodged in respect of the SJB lawmaker.