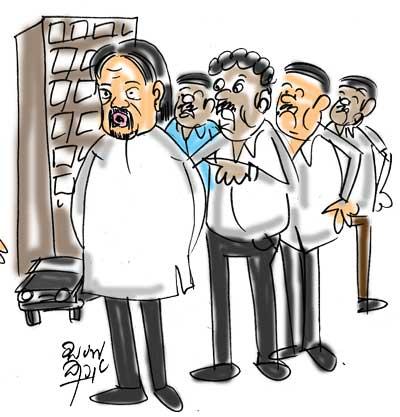 A prominent political authority has decided to shift an establishment related to construction work functioning under his purview to a state-owned building complex in keeping with a policy decision taken by the regime.

However, there is parking space for only six vehicles at the proposed new place despite the establishment having about 50 vehicles that are used for routine transport requirements. Meanwhile, the white-collar high-ups attached to the establishment are said to be using another 25 official vehicles.

The employees wonder how their establishment could be shifted to a new place, lock, stock and barrel where only six vehicles could be parked despite the need of parking space for such a large fleet of vehicles.

The political authority has taken the decision to shift the establishment, without taking into consideration the practical difficulties in the way just to win brownie points from the Big Boss, they say.