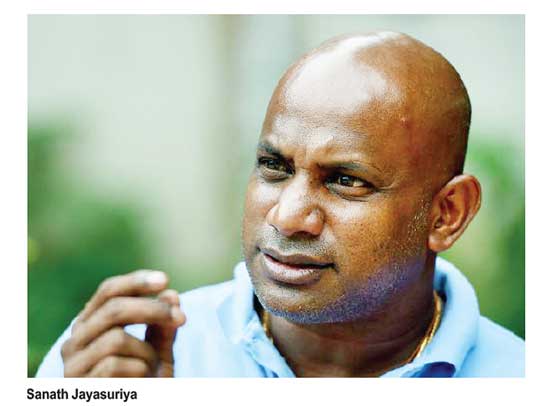 Former Test captain Sanath Jayasuriya has completed a two year suspension imposed on him by the International Cricket Council and he is free to get involved in the sport again. Sri Lanka Cricket officials said that they have been notified by the ICC that the suspension is over and he is eligible to hold office again.

Jayasuriya received a two year suspension from the ICC for breaching the Code of Conduct for players and officials. His failure to cooperate in investigations into corruption in cricket had resulted in the suspension.

The ICC informed SLC that Jayasuriya had completed an anti-corruption education session following the conclusion of his suspension.

Since his retirement from the sport, Jayasuriya has been heavily involved in administration and had two stints as Chairman of Selectors. He was Chief Selectors when Sri Lanka won the ICC World T-20 in Bangladesh beating India in the finals.

A keen student of the game, Jayasuriya is expected to get involved in the sport soon although it is not clear in what capacity. Some observers remarked that Player of the Series of the 1996 World Cup could contest next year’s cricket elections.

Jayasuriya has not made any speculations. He put out a press release yesterday thanking his fans.

“I am happy to announce that the ICC ACU, has informed me that the terms of my agreed sanctions have been met and my period of ineligibility has concluded. I am now, therefore eligible to get involved in the game of cricket,” the statement said.

“I reiterate the fact that I have always maintained a high degree of integrity throughout my cricketing career. I have always put country first and the cricket loving public are the best witness to this aspect. I am grateful and extend my sincere thanks to the Sri Lankan public and my fans who supported me throughout this period. You were a source of great strength to me during this difficult time,” the statement further said.