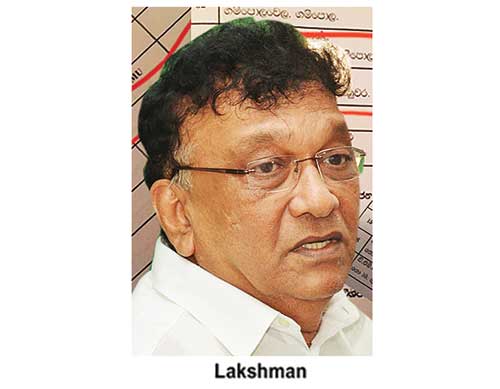 “Since this government came to power, it has changed the method of appointing Vice Chancellors. Earlier the Senates of universities selected the names of the persons suitable for the posts. The Senates would select three names and send them to the President to pick one of them. That method was abolished. You have introduced a method of giving marks through interviews to the applicants. The previous method ensured independence of universities. When I was the Minister of Higher Education during the Yahapalana government the nominees for the post of vice chancellor were selected through Senate votes.”

“Independence of universities is under threat. This is part of the government plan to consolidate its power in universities. How much power do you need? You have a two-thirds majority. You got the 20th Amendment passed. When would you end this campaign to obtain more powers? Do not destroy the university system in this manner.”

There is a crisis with regard to the appointment of the Director General of Health Services. The appointment you have made raised many eyebrows. You have not appointed the most suitable person to that post. There was one director from Kandy by the name of Ratnayake. He is the most qualified person for the post. He is the brother of C.B. Ratnayake. The government wanted to appoint their own man and called for an interview and gave 15 marks underhand to their man and appointed him to the post.”

MP Kiriella said the yahapalana government had realised the need to produce more doctors and initiated a programme to establish three more medical faculties at Wayamba, Sabaragamuwa and Moratuwa universities.