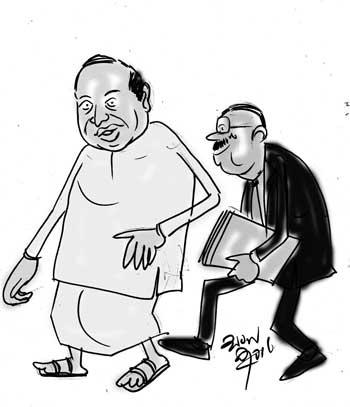 This clerk in a prominent office in the Western province who was facing a disciplinary inquiry in connection with a case of misappropriating public funds amounting to several billions of rupees has been sent on retirement through the intervention of a one-time high political authority.

By the way, the administrative regulations in force do not permit a public servant to go on or to be sent on retirement while a disciplinary inquiry is pending against him or her.

This clerk had enjoyed foreign travel to his heart’s contentment during the five year-period when his political boss was holding high office, they say.