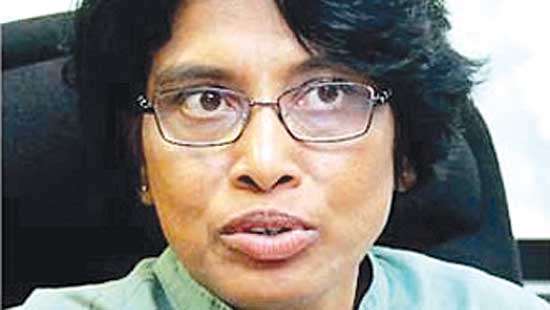 By Shabiya Ali Ahlam
The ongoing health crisis saw the private sector step up efforts in extending relief to vulnerable groups but it is the government that must take the lead in the area of social welfare, the Institute of Policy Studies (IPS) stressed.

“The government has to take the lead in providing social welfare. Those impacted by the COVID-19 crisis are the most vulnerable and have no social protection. The private sector is also struggling and it is unrealistic to think that the private sector can taken on the initial burden,” IPS Research Director Dr. Nisha Arunatilake told a webinar that was held to discuss the Sri Lanka State of the Economy 2020 report, compiled by the Colombo-based economic policy think tank.

She added that in the absence of comprehensive social protection coverage, retaining jobs is important in the short term.

“Relief to firms could have been linked to retaining jobs. In the longer term, policies are needed to have independent mechanisms to provide social insurance to workers,” she said.
While the steps taken by the government at the initial stages of the global health emergency was similar to the measures adopted by the regional peers, in real terms, Sri Lanka spent about 0.25 percent of its GDP on social welfare.

Compared with developing economies of similar size, the expenditure was considerably less. Vietnam spent 3.5 percent of its GDP on relief and stimulus packages.

The reduced spend by Sri Lanka was attributed to the fiscal issues faced by the national economy, providing very little wiggle room to increase assistance during the crisis.

“What we have managed to do is not enough, even though it was comprehensive. When there is not enough, people move to different coping mechanisms, where they run down savings or get into debt,” pointed out Dr. Arunatilake.

According to the economist, the impacted groups could respond to the crisis by trimming their expenditure on healthcare and education, which in turn could lead to a series of repercussions in the medium to long term.

One such impact would be on the productivity levels of the country, where reduced investments in education, especially in the tertiary level, can add to Sri Lanka’s already mounting labour shortage issue.

“This is why it is very important to establish macroeconomic stability,” she stressed.