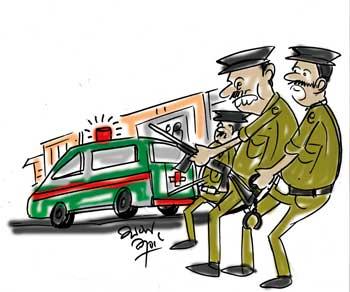 This political henchman from the South facing dozens of serious charges suddenly went underground and later it was believed that he had skipped abroad.

However, a recent rumour said the man had come back and is now confined to a quarantine centre.

The law enforcement authorities had been unable to pursue legal action against this character as he had gone missing. By the way he had found refuge in the home of a personal clerk of a member of an influential political family for some time, they say.