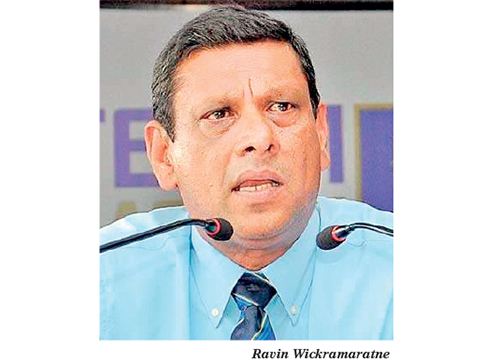 Several documents pertaining to match fixing in a domestic First Class game a couple of seasons back have been handed over to Minister of Sports Namal Rajapaksa earlier this week to start a fresh inquiry. Several leading cricket officials including those in the Executive Committee of Sri Lanka Cricket are alleged to have conspired to fix a First Class game in 2017. The most high profile name among those who came under the spotlight is SLC Vice-President Ravin Wickramaratne.

Sri Lanka Cricket had launched several inquiries into the incident that brought disrepute to the game and the reports were sent to the Sports Ministry but the findings and recommendations were swept under the carpet under the watch of three different Sports Ministers. However, since the Yahapalana government was defeated, there has been fresh hopes that an impartial inquiry would be conducted into the incident.

Panadura Sports Club and Kalutara Physical and Culture Club fixed a First Class match in 2017 in such a way that the former gained promotion to the elite division while the latter continued to play First Class cricket without being relegated. Officials of both clubs served in the SLC Ex-Co at the moment and it has been alleged that this resulted in investigations moving at snail’s pace.

Among the documents handed over to the Sports Minister earlier this week are the Match Referee’s Report, Local inquiry report, finding of President’s Counsel Palitha Kumarasinghe and affidavits of players who participated in the game.

The affidavit of former Test cricketer Chamara Silva, who captained Panadura directly implies Wickramaratne of promoting foul play and then interfering with evidence when an inquiry was conducted into the matter. Wickramaratne has repeatedly maintained his innocence although he has been accused of being the mastermind of the incident.

The incident occurred at a time when the International Cricket Council had opened up a record number of investigations on Sri Lanka relating to corruption in sports. Several players, coaches and others associated with the game attached to Sri Lanka have been either suspended or provisionally suspended by the ICC.

In that context, SLC’s lukewarm attitude in taking action against the incident has left many disappointed. Despite inquiries being conducted at a cost of huge sum of money, some of these reports have not been even tabled at the Ex-Co meeting causing severe delays.

Wickramaratne has also come under criticism from his colleagues at SLC for drafting in individuals who were directly involved in corrupt practice such as Manager of Panadura SC for administrative roles attached to SLC.