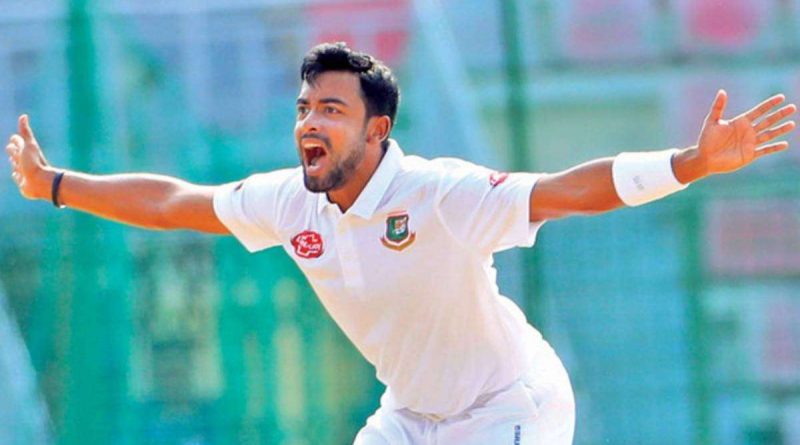 Bangladesh’s pace bowler Abu Jayed has been reported Covid-19 positive, Bangladesh Cricket Board said on Wednesday. BCB confirmed the development through a media release and added that all players barring one have tested negative for COVID-19 from tests conducted on September 22.

“Pace bowler Abu Jayed Chowdhury Rahi has reported positive for COVID-19. He will receive treatment in isolation for COVID as per guidelines and will undergo further tests in due course,” said BCB’s sports physician Debashish Chowdhury.

Samples were collected from 27 cricketers called up to the Bangladesh team’s skill camp, who are going through a residential training program ahead of the upcoming tour of Sri Lanka. The coaches have also completed the tests and there will be no test tomorrow, as planned earlier.

“‘We are not going to have the scheduled test on September 25 as it is expected to be done 72 hours before we board, But if it is delayed for a longer period then we will have to start all over again because we were expected to complete two test within one week’s time, with the last test 72 hours before we depart,” Debashish Chowdhury told Cricbuzz

”It will be huge pressure mentally for the cricketers if they are not sure how long they will have to stay in the bio-bubble,” he added.

Meanwhile, BCB and SLC could not reach any conclusive development regarding the upcoming tour of Sri Lanka for the proposed three-match Test series, scheduled from October 23.

Bangladesh’s tour of Sri Lanka, which was scheduled for July-August, was postponed because of the pandemic. They are now expected to travel to Sri Lanka on September 27 with the series starting on October 23. The opening two Test matches will be played in Kandy while the last Test is expected to be played in Colombo. Bangladesh will also play a practice match against Sri Lanka A from October 18.

Cricbuzz had earlier reported that the tour is unlikely to proceed after SLC informed BCB verbally that the tourists will have to complete their 14-day quarantine locked up indoors, with no provision for training. BCB, on their part, then notified they’re not willing to tour if the quarantine period is not changed.

The tourists are yet to receive an answer from their Sri Lankan counterpart since they have made their stand clear despite several discussions happening between the two boards informally.

It is understood SLC is yet to convince their Covid-19 task force, who will be taking the final call regarding minimizing the duration of the 14-day mandatory quarantine period.

“There are some restrictions in their health guideline that will be very difficult to follow for us,” BCB chief executive Nizamuddin Chowdhury told reporters at the Sher-e-Bangla National Stadium.

“They are trying to convince their Covid-19 taskforce and other concerned authorities and we are still hopeful,” he said, adding that as the Test series is part of the Test Championship, they are optimistic about a positive outcome.

“Both BCB and SLC are committed for the ICC Test Championship and we want to look forward keeping that in mind,” he said.

Whether this tour goes on or not as per schedule, Nizamuddin admitted that it will be challenging for them to follow the initial plan of action that suggested the hosts will leave on September 27 for Sri Lanka to have a preparation camp.

“We might need to make some adjustments [as far as departure date is concerned] because leaving on September 27 will be challenging,” he said.

BCB officials confirmed to Cricbuzz that they have rescheduled the arrival of Daniel Vettori, who was expected to reach Dhaka on September 22 to be with the team before they leave for the three-match Test series against the Lankans, which will be there first three-Test series in six years.

”He will come when the tour is confirmed and will not arrive as per schedule,” said BCB cricket operation chairman Akram Khan.