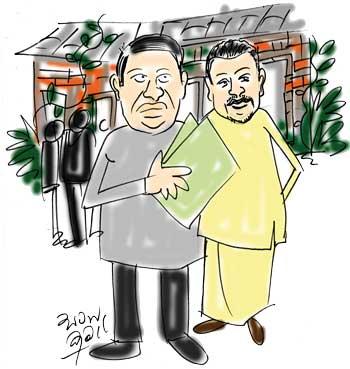 This local politico from a township off Kandy and his buddy from outside is said to be going around the area these days saying that they are drawing up a list of allottees for the trade stalls in the market complex coming up on the bus stand premises.

However, the construction work on the proposed market complex which had been suspended for the last five years is expected to take several more months to be completed through the two politicos have begun selecting the allottees for the trade stalls.

The local politico had not taken any interest in resuming the construction work during the yahapalanaya regime and he and his buddy, a purohita at the State level have now taken a sudden interest in selecting the allottees for the trade stalls given the upcoming PC polls, they say.