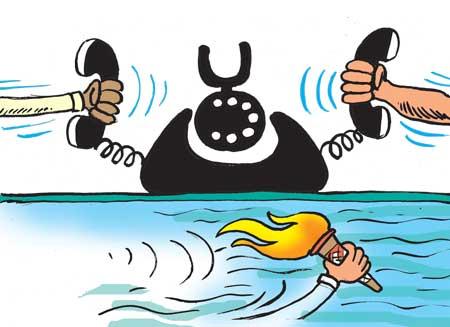 A certain character who had long been chummy with the ‘Telephone’ party chief has of late distanced himself from the latter, they say.

A former purohita from the city, this character has gone sulky because the Telephone chief no longer consults him when taking important decisions and his goodwill towards the chief had evaporated after he was overlooked when filling the key posts in the opposition.

This character, a onetime fixture at Punchi Dasa’s meetings is hardly seen with the latter these days, they say.

Some people who have come to know about his strained feelings, are secretly trying to further sour their relationship. An expert economist who made it to Diyawanna from the List is giving the leadership to this move, they say.