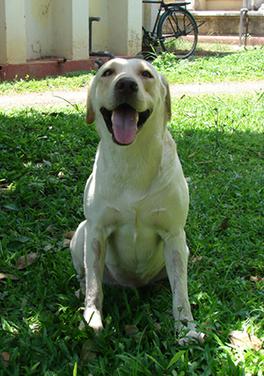 Defence Secretary Major General (Rtd) Kamal Gunaratne yesterday directed the Police Chief not to auction police sniffer dogs which had served the department before they retired, the military spokesman said.

“The Defence Secretary had informed the acting IGP not to auction retired sniffer dogs, but to keep them and treat them under the care of the Police Department until their death” Military Spokesman Brigadier Chandana Wickremesinghe told the Daily Mirror.

The media reported a few weeks ago that the Police Kennels division auctioned 25 police sniffer dogs which were 10 years old. It was reported that the police department had earned more than Rs.310,000 through the auction.

All these auctioned sniffer dogs had helped the police department to track down drug dealers, robbers, murderers and trace missing persons.

Following this controversial auction that was held in Kandy, several animal lovers and animal rights activists protested the move and demanded the authorities to stop auctioning those animals.

The animal lovers have highlighted that these sniffer dogs are one-master work dogs and their lives would be in danger if this move was not stopped.