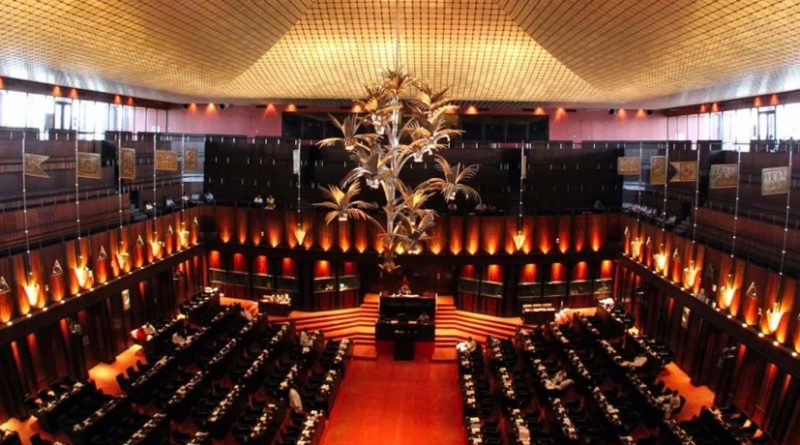 It will be a busy day when the Ninth Parliament of Sri Lanka convenes for the first time this morning with the election of the Speaker and his deputies, swearing-in of new lawmakers as well as the Policy Statement of the Government to be delivered by President Gotabaya Rajapaksa listed on the day’s agenda.

The first item on the agenda when the House convenes at 9.30 a.m. is the election of the Speaker in accordance with Standing Orders of Parliament. This will be followed by all new Members of Parliament (MPs) taking their official oaths or affirmation before the new Speaker. The appointment of a Deputy Speaker and a Deputy Chairperson of Committees will come next. SLFP Jaffna District MP Angajan Ramanathan is likely to be named Deputy Chairperson of Committees. Settings will be suspended following this and will reconvene at 3 p.m. when the ceremonial sitting of Parliament will commence, with the President presiding. The main event during the afternoon session will be President Gotabaya Rajapaksa presenting his policy statement. The parliamentary debate on the President‘s Policy Statement to the House will be held on Friday.

The ceremonial sitting will be kept simple minus the gun salutes or vehicle parade which is usually part and parcel of such a meeting of the House. Instead a few cultural performances will be held to welcome the President.

President Rajapaksa has broken tradition and chosen to deliver the Policy Statement on the same day that the new Parliament convenes whereas conventionally a ceremonial sitting is held on a later date.

The House is meeting after six months since its last meeting on 20 February. The last Parliament was dissolved by the President on 2 March but due to the outbreak of COVID-19, the General Election was postponed twice and held on 5 August.

Even though the election was concluded successfully, new MPs will have to strictly follow the guidelines drawn up for the Legislature by health authorities.

All MPs are required to wear masks at all times, in keeping with the Operational Guidelines on Preparedness and Response for COVID-19 Outbreak for the Parliament when they come to Legislature today.

The guidelines require MPs to wear the mask when speaking in Parliament and throughout the time they remain in the Chamber. They have been advised not to exchange their personal items such as mobile devices, headphones, pens etc. with others and avoid habits of greeting such as hugging and shaking hands.

There will be free seating for the first session of today’s sitting with only the Prime Minister’s seat reserved but seating will be rearranged for the ceremonial sitting with Cabinet Ministers, State Ministers allocated the first, second, third row seats on the Government side while seating for all other MPs will be according to seniority.

As there is seating for only 116 MPs on either side of the speaker, 29 Government lawmakers will be given back row seats on the Opposition side. The ruling party the SLPP won 145 seats in the General Election.

There was no clarity if former President Maithripala Sirisena, who is only a MP, will be given a front row seat or if he will be allocated a seat in one of the back rows. A Parliament official said unless there is a special request from the Government to allocate him a front row seat, he will get a seat on the fourth row. Till last evening there was no such special request.

As part of the COVID-19 guidelines, MPs have been advanced to sit at their designated seats only and whenever they are not seated, to ensure they maintain a one meter distance with each other at all times in the Chamber.