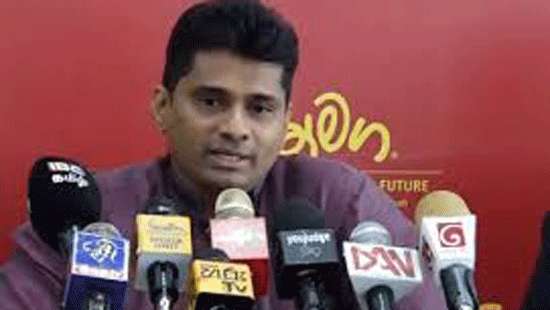 Pharmaceuticals Production, Supply and Regulation State Minister Prof. Channa Jayasumana said he would put an end to the pharmaceutical mafia operated during the yahapalana regime in the guise of drug price reduction and he would bring down drug prices by increasing the local pharmaceutical production by 50%.

Minister Jayasumana charged that what had taken place actually by the so-called price reduction was that all high quality medicinal drugs were removed and the domestic pharmaceutical market was flooded with cheap and substandard drugs.

Addressing the media he said his target was to produce 50% of high quality drugs required by the country in the next three years and a new pharmaceuticals manufacturing factory would also be constructed to meet this goal.

“Medicinal drugs must have a price affordable to all. But supplying cheap and substandard drugs is not a solution to high drug prices. Our policy is that high quality drugs – imported or locally produced – should be within the reach of rich and poor patients. Therefore, I believe that while increasing the pharmaceutical production locally, the tender procedure, quality control and supplying of drugs to the state health establishments need to have a complete review and overhauling to prevent malpractices, frauds and waste of drugs,” Minister Jayasumana stressed.

Another key issue in the health sector was the Chronic Kidney Diseases (CKD) that had widely spread and affected thousands of families in the dry zone. The fight carried out against the use of chemical fertilizer had contributed to prohibit the importation of five highly poisonous chemicals used as fertilizer. The studies conducted in the last few years had been able to pin point the root caused for CKD. The proposed new pharmaceuticals manufacturing factory would give priority to produce essential drugs needed for CKD patients, he added.