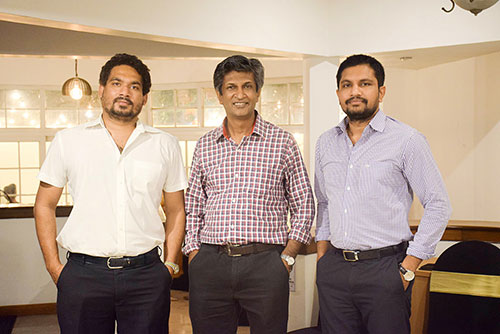 Evoke was launched in 2008 capitalizing on the rapid shift toward the digital from mainstream entertainment channels such as radio and television. The company’s mission at the outset was to differentiate itself from the rest of the competition by not being a mere ‘agency’ but, rather, a digital services provider that creates unique and engaging solutions to deliver optimum satisfaction and value for money for its clientele.

Evoke’s ever-expanding portfolio of content featuring 1000+ movies, music of all genres and products in voice, data, WAP & app segments are widely sought after by its extensive clientele ranging from independent artists to telecommunication providers and everyone in between.

Commenting on the success of the Company, chairman of Evoke Rajitha Basnayake said: “We are pleased to complete yet another year of growth and transformation. Over the years, Evoke has made significant strides in how ‘entertainment’ is consumed and shared with the sharp increase of mobile penetration among the local population. With Smartphone ubiquity across Sri Lanka and the region fueling consumer engagement in communication, digital entertainment, information and commerce we observe consumers transforming from ‘connected’ which is the conventional to the contemporary which is ‘digital’.”

“Our digital strategy is therefore aimed at bolstering our connection to youth delivering truly engaging content and exclusive opportunities for our business partners. In that regard we have forged meaningful partnerships with a number of local and global entertainment giants including Indian-based Hungama Digital Media Entertainment Pvt Ltd,” he added.