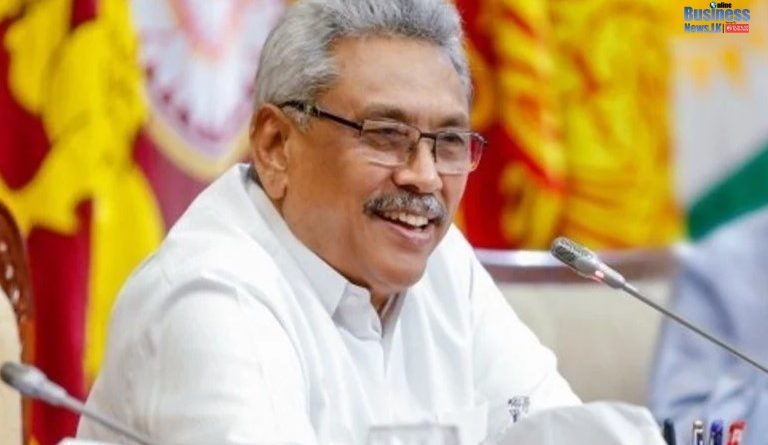 President Gotabaya Rajapaksa says Colombo will be developed under a well-designed plan  while addressing main issues faced by the people.

Lack of housing facilities, difficulty in garbage disposal and flooding are some of the issues affecting the people in the district. The said programme will resolve these problems.

President made these remarks while touring the Colombo district today (28) in support of the candidates of Sri Lanka Podujana Peramuna contesting the forthcoming General Election.

At the public gathering organized by candidate Janaka Ranawaka near Ananda Samarakoon theatre in Nugegoda, the President discussed peoples’ grievances with them.

Non-receipt of deeds for housing units, receiving houses in place of shanties and expansion and rehabilitation Kadawatha – Wellawatta canal as a solution to flood disasters were some of the requests made by the public at a meeting organized by candidate Dhanasiri Amaratuna near Dehiwala Urban Council.

President was warmly received by the people at meetings organized by candidates Amal Perera and Saman Lal Fernando at Sunday Fair ground in Attidiya and Lunawa, Moratuwa respectively. People gathered at venues appealed to the President to put an end to the underworld activities and drug menace which pose a grave danger in the lives of people in Moratuwa, as soon as possible.

Attending meetings organized by candidate Gamini Lokuge in Piliyandala and candidate Kanthi Kodikara in Maharagama President engaged in cordial discussions with people. A proposal to set up a dedicated area for around 850 pavement hawkers in Pamunuwa was presented to the President. He recalled the plan drawn up by him when he was the Secretary to the Ministry of Urban Development that was stalled due to protests.

The Maha Sangha invoked blessings on the President when he participated at the public meeting organized by Minister Bandula Gunawardena at the Homagama Urban Park. The public gathered at the venue requested the President to establish a clean administration free of corruption. President Rajapaksa has also paid attention to the shortages that exist at the Homagama hospitals.

The President who listened to a poem recited by a nine year old girl child Resadi Sethmini applauded her talents.

The President who participated at the public gatherings organized by candidate Ravindra Shiran Jayasinghe at the Kosgama Provincial Council ground and Minister Dinesh Gunawardene in front of the Avissawella Urban Council engaged in a cordial discussion with the people at the venue and looked into their well-being.

President was accorded a grand welcome at the meeting organized by candidate Ravindra Shiran Jayasinghe at Kosgama Provincial Council Ground. Sonali Dahamsa, a student Horizon College in Malabe and Chandana Chamath Rodrigo, a student of Mahinda Rajapaksa Vidyalaya in Homagama presented their tills to be used for COVID – 19 Fund.

President requested the people to give him a Parliament with 2/3 majority to take country forward at the gathering organized by Minister Dinesh Gunawardene in Awissawella.

Addressing a gathering in Thalawathugoda organized by former Minister Wijayadasa Rajapaksha in the morning, the President stated that directives have been issued to government institutes to procure furniture only from local manufacturers.

Responding to an issue raised by a group of furniture manufacturers from Moratuwa, the President said the aim is to promote local industries.

Several issues faced by the people in the area were presented before the President in length and they particularly requested the President to protect the youth from drug menace.

President also participated in the meeting organized by candidate Jagath Kumara in Battaramulla. Grievances of unauthorized dwellers were brought to the attention of the President.

People suggested that the government should not spend money on the maintenance of prison inmates instead deploy them in income generation activities.

President paid attention to several requests by the public including the modernization of hospitals in Nawagamuwa, Athurugiriya and Thalangama.

They requested the President to intervene in introducing a simple school bag for children to replace the current heavy school bag.

A group including former Provincial Council Member K. Thillakaratne who has been a member of the United National Party for more than 47 years extended their support to the mission of the President.

People there too requested the President to free the country from drugs.

The policy statement of candidate Vithanage was handed over to the President.