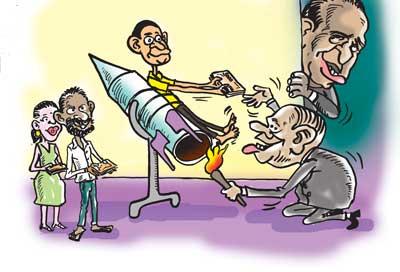 A probe is underway on a human trafficking racket reportedly masterminded by a former senior purohita of the yahapalanaya regime.

A state body whose main task is to promote the country’s image abroad had been used as the vehicle for operating the racket.

The victims of the racket had been lured away by deceiving them into believing that there were lucrative job opportunities waiting for them in the state sponsored- promotional projects abroad. –

Several political secretaries of this politico had reportedly been directly involved in the racket and it had transpired that they had been taking instructions direct from the purohita.
Two female secretarial ones have already been arrested in connection with this probe, they say.