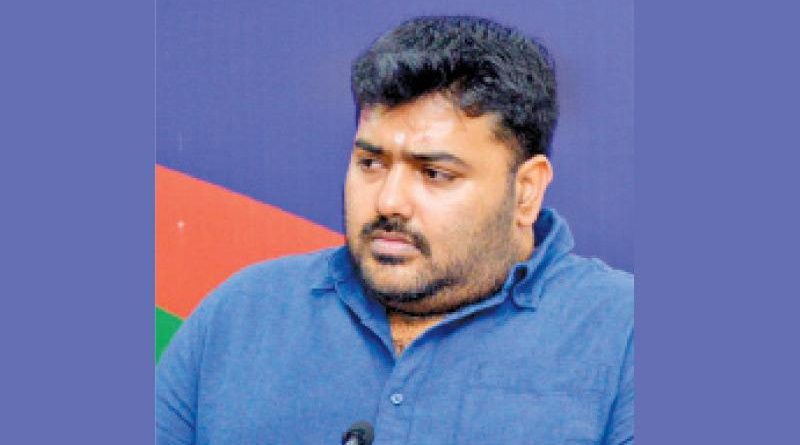 The Jaffna district SLFP team leader Angajan Ramanathan, in an interview with the Sunday Observer said, “Due to the intense political struggle in the Northern Province, our community not only lost valuable lives and property, but have gradually lost out in competency levels.

The Northern people have sadly given up on education. People’s Representatives so far have not done anything to ensure the people’s existence in the region, and have only concentrated on protecting their existence.

Q. What do you think of the 2020 parliamentary election campaign in the Jaffna district compared to your previous experience?

A. The 2020 parliamentary election date has been announced after the lockdown period of three months due to the Covid-19 pandemic.

This time the polls setting is completely different compared to my previous experience and we are now contesting in accordance with the strict regulations issued by the Health Ministry. In the Jaffna and Killinochchi electoral administrative divisions which comprises 571,000 voters, 330 candidates are contesting to win seven seats in Parliament.

There are nine candidates contesting under my leadership in the Jaffna and Killinochchi administrative divisions, and altogether we are ten contestants working under the Sri Lanka Freedom Party.

According to health guidelines we are conducting pocket meetings at present and every attempt is made to ensure a free and fair election.

Q. Candidates complain that they undergo many difficulties due to the Covid-19 health guidelines. How do you view that problem?

A. Of course. This time we have to adopt different approaches to campaign, due to the pandemic. Not only Sri Lanka, the whole world is facing such issues. We should adopt new ways to campaign with the available resources, and according to election law.

Election laws have not been changed for a very long time and we are not permitted to hold big meetings and display posters. But every candidate is not in a position to afford media advertisements. Therefore, it is not easy for candidates to promote their preferential numbers and symbols among the voters.

Q. Under the new Parliament, what are the changes that should be made in the North?

A. The Jaffna district has the biggest population in the Northern Province but the numbers are dwindling.

Unfortunately, education, agriculture, economy and the fisheries sectors have declined in their progress.

According to the 2019 O/L results, the Jaffna district ranks as the 18th district and it is very sad that we have given up the interest for education. Poverty is the other major problem in the North.

Since the political struggle started in the Northern Province, not only lives and assets we have been gradually losing our competency as well.

To acquire basic rights we should first maintain the presence of the people. With a dwindling population everything else declines. So our aim is to make the Jaffna district come first in all sectors.

Q. How do you view the people’s support in Jaffna for the SLFP at the upcoming polls?

A. People in the Jaffna district now regret voting for the previous government for the namesake of ‘good governance.’ They claim that they had given many opportunities to the previous MPs, but they didn’t do anything to secure the people’s presence in the district, they only concentrated on protecting their existence.

People are now willing to vote for the SLFP to support the present Government.

Q. Doctors in the Northern Province have warned that there is a Coronavirus threat in the North due to tourist arrivals from India. Would this have an adverse effect on the Government’s anti Coronavirus campaign?

A. As we are situated very much close to India, that fear is reasonable.

Indian and Lankan fishermen fish in the same waters, so that there is a high risk of spreading Covid-19. The Northern Province Health Ministry has taken steps to control the spread as much as possible.

Q. Have you spoken to the President and the Prime Minister on the problems faced by the people of the North and the East?

A. We have discussed with them several times, and requested to establish a Presidential task force under the leadership of President Gotabaya Rajapaksa to resolve long standing issues such as gaps in development and ethnic conflicts. We hope the President will set up this task force after the polls.

Q. What is your opinion about the rift in the UNP and senior politicians such as Mangala Samaraweera withdrawing his candidacy?

A. The UNP betrayed the people when they had the chance. At the previous election the Northern people voted for the UNP and they should have done much but they failed to do anything.

The UNP didn’t fulfil its duty to the people of the North. This is also a reason why they couldn’t be a strong party.

A. This statement is a manoeuvre of the TNA for looting votes. The TNA is planning to brainwash the people with such statements. They have always acted like a branch of the UNP.

The Government will definitely get a two-thirds majority and will not need the TNA’s support. We are there to support the Government.