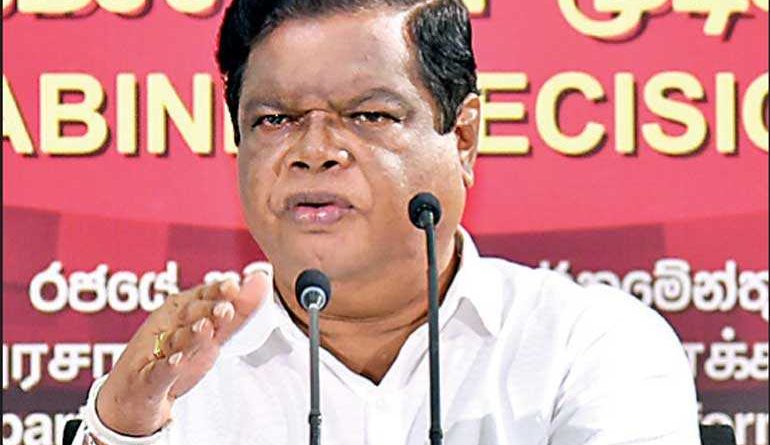 In an attempt to provide more relief to Small and Medium Enterprises (SMEs), Cabinet this week approved a host of measures, including deferring payments of tax arrears as well as suspending injunction orders of banks until next year.

The proposal was submitted to Cabinet by Prime Minister Mahinda Rajapaksa in his capacity as the Finance Minister. Under the latest provisions if the Commissioner General of Inland Revenue is satisfied that no wilful evasion of tax has been taken place the relevant company can be released from income tax arrears payable on the assessment issued up to the valuation year 2018/2019.

Other measures include non-issuance of additional assessments in regard to the Small and Medium scale entrepreneurs who paid tax by submitting income tax returns for the valuation year 2019/2020 and extension of the period provided for the bank guarantee or the non – refundable amount to be submitted when an appeal is submitted to the tax appeal commission.

“The Cabinet has also decided to grant a concessionary period for the payment of tax that have been agreed upon as arrears by the Department of Inland Revenue. The implementation of injunction orders issued to banks have also been suspended until 30 April 2021,” Cabinet Spokesman Bandula Gunawardana said.

Under the latest Cabinet decision any tax returns that were due from 01 March 2020 to 30 June 2020 can be delayed until 31 December 2020. As long as payments are made before the end of this year, there will be no penalties charged and it will not be considered as a delayed payment.

“The Government is extremely sensitive to the plight faced by companies, especially SMEs, which have been seriously hit by COVID-19. The Government has already made significant efforts to provide relief and will continue to do so in the future. These relief measures come on top of many other decisions that have been made such as slashing interest rates and limiting imports to create a market for local industries,” the Cabinet Spokesman added.